BJP, Left alleges TMC for attacking opposition since the victory 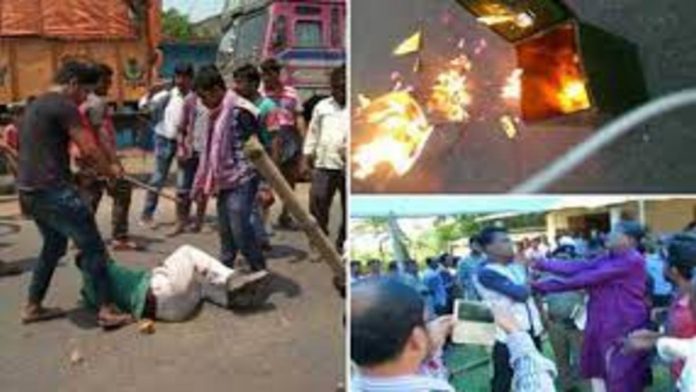 The Left has also now started blaming Trinamool Congress for post poll violence and targetting their workers ever since it stepped closer to the victory. This comes in line after the state Bharatiya Janata Party blamed the TMC for the same.

“Are these reports of gruesome violence in Bengal TMC’s ‘victory celebrations’? Condemnable. Will be resisted & rebuffed. Instead of focusing on combating the pandemic TMC unleashes such mayhem. CPI(M), as always, will be with the people to protect, assist, providing relief,” tweeted Sitaram Yechuri.

The West Bengal wing of BJP alleged that at least 6 of their party members have been killed all around in the state since the day of victory and also about 100 of houses owned by the BJP workers have been looted as well as vandalised.

After hearing of complains the Ministry of Home Affarirs on late Monday asked for a detailed report on post-election violence from the state government.

A series of pictures and videos went viral over twitter that made it clear that the BJP workers in Bengal were being assualted and threatened. Amongst those which went viral, a video showed that a gang of men armed with sticks and rods were moving in houses in search of BJP workers.

Following the uninterrupted violence ever since the poll results the state Governor Jagdeep Dhankhar summoned the DGP for a report on the matter.

The saffron party also alleged that one of its offices in Hooghly was set on fire and many of its leaders including Suvendhu Adhikari were harassed by the TMC members as the picture started getting clear that TMC was again retaining power in the state.

Looking into the matter a senior police official said that the guilty will be punished soon.

However, sources within the TMC have denied the allegations put on by its opposition party.