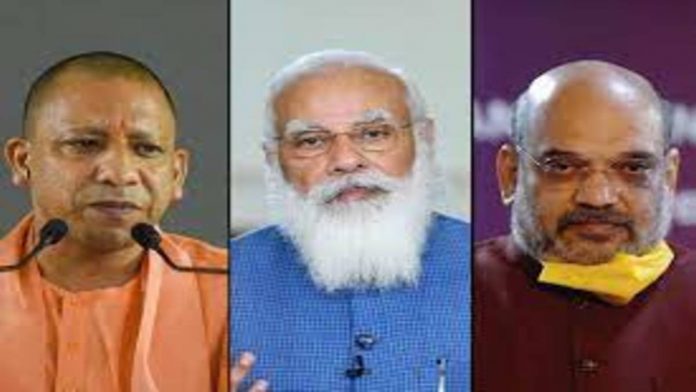 Calling the floating rumours “baseless” several government sources and BJP has dismissed the talks of Yogi Adityanaths’ removal from the post of Uttar Pradesh Chief Minister and said that under his leadership the party is sure of winning in the state assembly election due in 2022.

“The prime minister holds Yogi Adityanath in high regard. His governance model is excellent and he has a clean image. There is no question of him being changed. The UP CM was last in Delhi on a two-day visit on January 6-7. Then also he met the President, the PM and Amit Shah. He plans his trips like that,” said a top government source.

A BJP source additionally said these estimations should end after Yogi’s Delhi visit with all top chiefs resting confidence in him and detailed meetings held in regards to BJP’s plan going into the UP elections, next year. The party feels it can win the state again in 2022 under Yogi’s leadership — something that BJP has never prevailing to do in the northern state.

“The CM has returned to Lucknow even more stronger. There are some vacant spots in the state cabinet and the CM will exercise his prerogative of filling those berths keeping in mind the regional and caste equations. Some re-jig in boards and corporations is also possible,” an aide close to CM told media over phone.

The PM is also likely to visit UP soon to inaugurate the Purvanchal Expressway from Lucknow to Ballia and also to lay the foundation stone of the Jewar International Airport in Noida. The CM is also advised to build more and more development projects till the time of elections and to speed up the implementation of central schemes in the state as well as ramp up the pace of Covid-19 vaccination in UP, said central sources.

Terming his COVID-19 model successful the UP CM has put forward his case strongly in front of the party leadership over his management of COVID-19 crisis. The PM has even praised his management in the Friday meeting, which was politically important as the opposition had targeted the CM over the pictures of dead bodies floating in Ganga and scores of bodies buried on the river-beds.

Earlier on May 21 while talking to frontline workers in Varanasi also the PM had praised Yogi Adityanath, said a source.

“When efforts are genuine and leaders understand people’s problems, the work done on the ground shows. I remember how thousands of encephalitis deaths happened earlier in West UP and Yogi Adityanath as MP even cried in Parliament over the issue. But once he became CM of UP, he started a campaign and succeeded in a big way in saving the lives of children,” the PM had said in his statement on May 21.