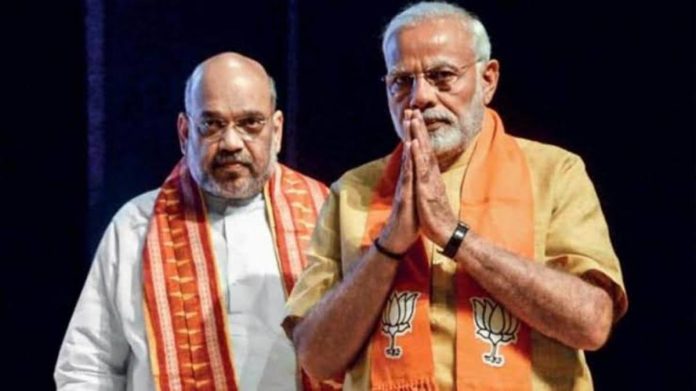 According to BJP officials in Uttar Pradesh, the party has begun debates on how to hold virtual gatherings in the event that the Election Commission of India (ECI) bans major physical demonstrations in the state.

According to a top functionary in the party in Uttar Pradesh, the party is examining the ‘virtual rally’ approach that it used during the last two phases of the West Bengal elections and will rely on its already extensive “digital power” in the state to get the message through.

An indication of the same came during the speech of Home Minister Amit Shah at a public meeting in UP on Thursday when he referred to Mayawati’s relative inaction in the election so far. “Mayawati ji, the elections are here. Step out a little, else don’t say later that we did not let you campaign,” Shah said at a rally on Thursday. He later arrived in Lucknow for long meetings during the night.

Given the rapid spread of Covid-19 because to the Omicron strain, a ban on big gatherings appears imminent at some point during the election.

Sushil Chandra, the Chief Election Commissioner, said in Lucknow on Thursday that the decision to limit large political rallies will be based on the Covid graph, which will be taken into account when the poll schedule is announced.

Gajendra Shekhawat, the BJP’s Punjab in-charge and a Union Minister, indicated two days ago that the party is prepared to hold virtual rallies, like it did in the West Bengal election.

Meanwhile, Shah will hold public rallies in Ayodhya and Sant Kabir Nagar on Friday, followed by a roadshow in Bareli.

A virtual campaign, on the other hand, may not be effective for parties like the BSP and the Congress, which do not have a strong internet presence in Uttar Pradesh. The Samajwadi Party has invested much in its digital presence, but it prefers in-person interactions, with Akhilesh Yadav’s ongoing yatra drawing large audiences.

Election dates are expected to be announced next week, as a postponement is improbable.