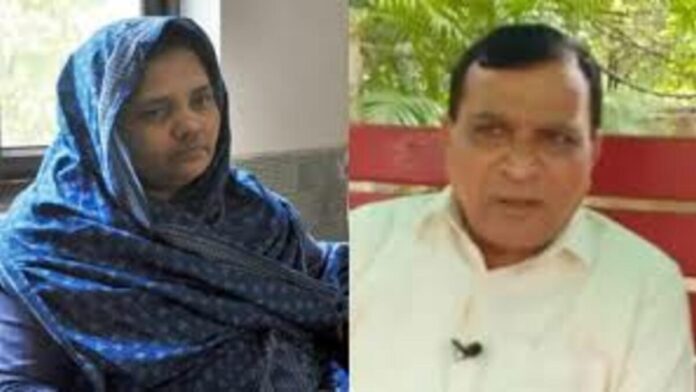 The 11 rapists in the Bilkis Bano case are Brahmins with good morals, or “sanskaar,” according to a lawmaker from Gujarat’s ruling party, and they may have been punished by someone with malicious purpose. One of the two BJP leaders who served on the review panel that commuted the sentences of the 11 convicted rapists was the BJP MLA CK Raulji.

Nationwide outrage has been caused by the men’s release, who were accused of rape and murder during Gujarat’s sectarian riots in 2002.

The comments were made by Raolji in an interview with the news source Mojo Story. “I have no idea if they were criminals or not. However, there must be some sort of criminal purpose, Raulji is heard addressing a news reporter in Hindi.

Brahmins are decent people. Additionally, Brahmins are renowned for having good “sanskaar.” The MLA speculated that the prisoners’ cornering and punishment may have been the result of malicious intent, noting that they had displayed exemplary behavior while incarcerated.

The head of the Telangana Rashtra Samithi (TRS), Y Satish Reddy, released the video that is currently trending on social media. Now, the BJP refers to rapists as “Men of Good Sanskar.” He posted the clip along with the comment, “This is the lowest a party can possibly stoop.

On August 15, after serving more than 15 years in prison, the Gujarat government approved the release of the 11 convicts who had been given life sentences, and they left the Godhra jail. Their release came after Prime Minister Narendra Modi’s Independence Day address from the Red Fort, during which he discussed the empowerment of women.

After escaping the jail, the men were given a warm greeting, garlanded, and given sweets. According to reports, the Vishwa Hindu Parishad (VHP) welcomed the prisoners with garlands at their Gujarat office yesterday.

When Bilkis Bano was gang-raped while attempting to escape the communal unrest that erupted following the Godhra train burning atrocity, she was 21 years old and five months pregnant. Her daughter, who was three years old, was one of those killed.

P Chidambaram, a leader in the Congress, said earlier in the day that two BJP MLAs were on the review panel that decided to pardon the criminals. The decision to offer remission to 11 people who were found guilty of gang rape in Gujarat has an intriguing side tale. Two BJP MLAs, Shri C. K. Raolji and Smt. Suman Chauhan, were members of the Review Panel!

The Rajya Sabha MP posted on Twitter, “Another member was Shri Murli Mulchandani who was a critical witness for the prosecution in the Godhra Train fire case!”

He enquired as to whether this was an impartial, non-partisan group of criminology and criminology experts, and stated that the district collector served as the panel’s chairman.