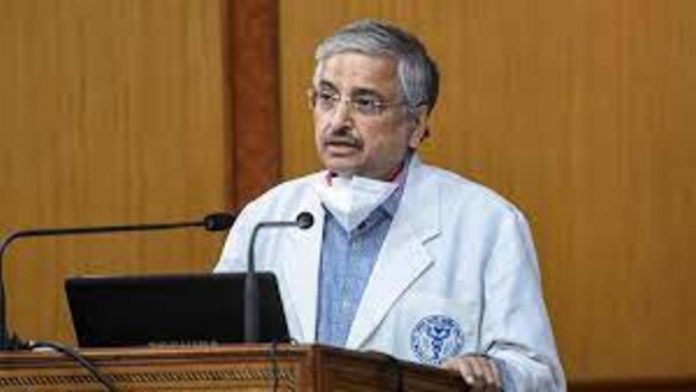 Amid the predictions of third wave All India Institute of Medical Sciences (AIIMS) director Dr Randeep Guleria has announced that Bharat Biotech’s vaccine against Covid-19 Covaxin is said to be approved for children by the month of September.

“After the completion of the second and third phase of trials of Covaxin for children, the trial data would be made available by September and the vaccine itself is likely to be approved in the same month,” Dr Guleria told media. He also said that if the Pfizer-BioNTech shot are approved in India then it could another alternative for the children.

As many experts have estimated that the third wave may be hard-hitting on children, Covaxin is being trialed on children between the age of 2 to 17 at AIIMS Delhi and Patna. The Drugs Controller General of India (DCGI) on May 12 granted permission to Bharat Biotech to conduct its phase 2 and 3 trials on children.

However, over the speculation that children will in particular be hit in the third wave Dr Guleria said there is “no reason to believe this theory.” This comes in line with a recent AIIMS-World Health Organization (WHO) report which said that the third wave “may not hit children disproportionately.”

The AIIMS director even called upon the government to consider reopening of schools with an assurance that the educational institutes do bot become “super spreaders”. For this he recommended opening of schools on alternate days in containment zones and ensuring that children follow the Covid-19 appropriate behaviour.