Better To Be Zila Parishad Than To Walk Behind CM, Says Navjot Singh Sidhu 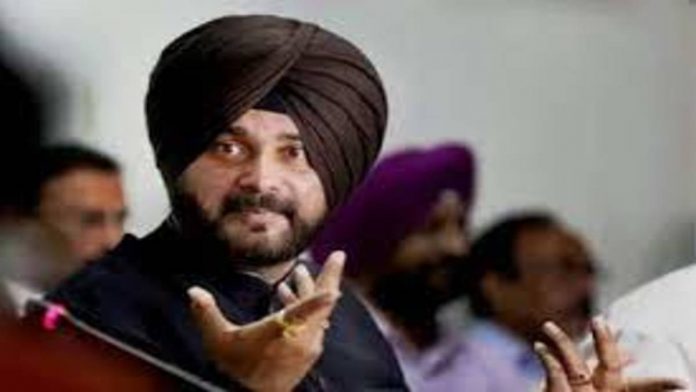 Navjot Singh Sidhu, a former Punjab minister, stated on Sunday that he was not seeking any position in the party or the state government. However, he emphasised that he was “not a showcase” who could be used to win elections and subsequently “selfish vested interests” might outweigh Punjab’s objectives.

In an interview with The Indian Express at his Patiala residence, the senior Congress leader, who has been critical of Chief Minister Capt Amarinder Singh on several issues, said that if his (Sidhu’s) agenda for the development of Punjab was followed, he would be willing to become a zila parishad member in the state, let alone a Deputy CM or the PPCC president, and walk behind the Chief Minister.

“I am not a showpiece for you to take out on the campaign trail, win the election, and then put me back in the almirah. So that I can see how you go about mining, how you do this and how you go about doing that. Furthermore, self-serving vested interests have taken precedence over the interests of the state. This is too much for me,” Sidhu said.

Sidhu went on to say that he began his struggle against the state’s “system” from the first cabinet meeting. “Two strong families manage, manipulate, and design this system. They’re the ones in charge of the system. They’ve made fun of the legislators. The people hold the legislature accountable at all times. Ministers and MLAs were chosen by the people, who voted for them. They did not cast a vote for a police officer. However, by putting the system under the control of an officer, you are undermining the legislative. Why? To be in command. The people’s power does not return, and it is concentrated in the hands of a few,” he remarked.

Throughout the interview, Sidhu kept referring to the ‘system,’ even while discussing his talks with Capt Amarinder. He said that red herrings were being floated regarding meetings with the high command in Delhi and offers of jobs being made to him. He stated that no meeting with the party’s senior command is planned in the near future.

He went on to say that he had gotten multiple offers but had turned them all down. “Because does that matter? They have made it about posts saying this post will be offered, that power will be offered. Is it about posts? It is about an agenda, about a roadmap about how Punjab will be resurrected to its glory.”

“If you complete it, I’ll walk alongside you. Without a post, I will work for you 24 hours a day, seven days a week. But if you don’t do it, I’ll do it for you. I’m going to bring it to the people, via the people, for the people. That power will come from the people. I’m going to fight. My position is unmistakable. “I think 200 times before taking a stance, but once I do, I don’t flinch or back down an inch,” Sidhu continued.

When asked if he will take this stance within or outside of Congress, Sidhu replied it was a point that should not be disputed.

“Listen, this is not an issue. Those who know me, those who know what I stand for. Those who know my character know the truth. These little games that are played… zikr ussi ka hota hai jiski fikr hoti hai (We mention those we care about).”

He also accused the government of deflecting attention away from the genuine problems. The true issue is state revenue, jobs, farmers, solutions, and how to help people. “My stay in Patiala is in a house that my father built exactly at his age, and I don’t want to bother anyone with my personal difficulties,” Sidhu remarked, implying he was suffering from health problems