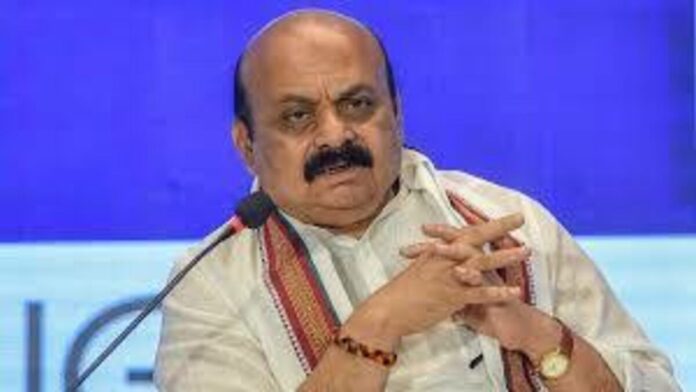 According to Karnataka Chief Minister Basavaraj Bommai, Bengaluru will replace Mumbai as the nation’s economic centre within the next five years. He was addressing during the Bengaluru Tech Summit 2022’s conclusion.

Bommai stated that companies outside of Bengaluru must expand and that Karnataka had been in a stronger position to draw foreign investment. It makes sense that more responsibility falls on the economy, technology, and agriculture sectors given Karnataka’s high rankings in these fields, he added.

According to the Karnataka CM, maintaining Karnataka’s position as the best state across all categories is challenging because it requires a lot of effort to be successful. It has faith in the diligence of scientists and engineers in this way, he continued, while modern technology must be used to advance humanity and build a just society.

Every person has the ability to effect change, so he should proceed with assurance and without worrying about the result, according to Karnataka CM. Many important innovations have been produced by a small group of people, not by any one company, he claimed.

He continued, “The Bengaluru Tech Summit was successfully held, and it needs to continue. The participants’ emotions are crucial during these three days of activity. Bengaluru means “people with a golden heart” and “a city of gold.””

Nine new railroad projects that had been taken on in a 50:50 partnership with the Government of India were reviewed by Bommai and Union Railway Minister Ashwini Vaishnaw on November 19. They also decided to establish a committee made up of senior officials from the railways and the Karnataka government in order to swiftly complete ongoing rail projects in the state with better coordination and within the allocated time frame.

The concerned officials were given the go-ahead by Bommai to first purchase the real estate required for railway projects. For those projects that are urgently needed and whose acquisition of land must be accelerated, he said.