Bengal Under Polling For Its Seventh Phase. Total 81 Eligible For Voting Today 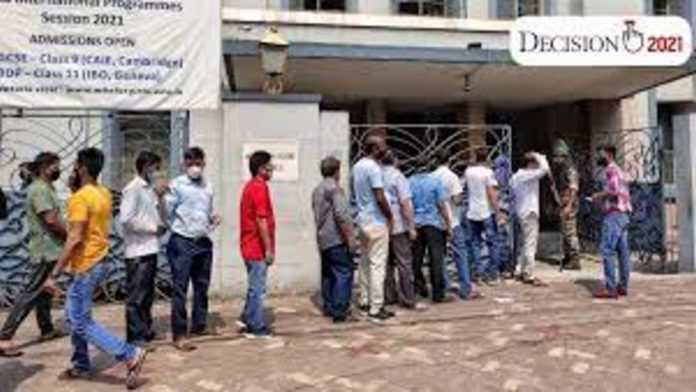 Amid the country struggling with the Covid-19 pandemic West Bengal is today voting for its seventh phase of elections. Mamata Banerjee’s former seat Bhabnipur and three other ministers are the high profile names of this phase.

In her last attack on the opposition BJP the state cheif minister Mamata Banerjee had on Sunday alleged the centre for mishandling the pandemic and blamed BJP for the shoratge of oxygen and all medical equipements. She also questioned the price disparity in the vaccines to states for which she had even wrote a letter to the Prime Minister a few days back.

The TMC supremo also urged more and more people to cast vote including those who are Covid positive as the Election Commission has made speacial arrangements for them.

Meanwhile, soon after the polling begin in the state the Prime Minister Narendra Modi asked voters to follow all the Covid-19 guidelines by tweeting, “The seventh phase of the West Bengal elections takes place today. Urging people to exercise their franchise and follow all COVID-19 related protocols”.

However, the pandemic has led the the seventh phase campaigning to low as the polling body had imposed restrictions in the wake of rising cases in the state and the battering condition in the country. The curbs included limited daily campaigning hours, extended ‘silence period’ from 48 to 72 hours and ban on roadshows and rallies.

The state on Sunday reported a high spike in daily cases by 15,889 fresh cases with deatn toll 57 in last 24 hours.

The apex polling body EC had turned down TMC’s request for clubbing of the remaining phases of elections into one in the view of Covid-19 situation. The BJP had also opposed TMC’s decision by saying that it woulf infringe the “democratic rights of the candidates”.

Bengal’s power minister Sovondeb Chattopadhyay is contesting from Mamata Banerjee’s current seat and TMC’s since 2011. He decided to contest from Bhabanipur after Ms Banerjee announced to take on Suvendhu Adhikari from Nandigram. In opposition Mr Chattopadhyay will face BJP’s Radranil Ghosh, the star candidate who had quit TMC to join BJP.

Another cabinet minister for Urban Development and Kolkata Mayor Firhad Hakim is contesting for his third straight term. He will face Congress’ Mohammed Mukhhtar and BJP’s Awadh Kishore Guupta for the seath where minority votes will play a vital role.

Apart from them the other big names contesting for TMC today include Rural Development Minister Subrata Mukherjee and actor Saayoni Ghosh.

Total 81 lakh voters are eligible to vote for this phase and total 36 constituencies are fighting for their representatives today.

The last and eight phase of the assebly election in the state will take place on April 29, Thursday. The results for which including other four states and UTs — Tamil Nadu, Assam, Kerala and Puducherry will be declared on May 2.