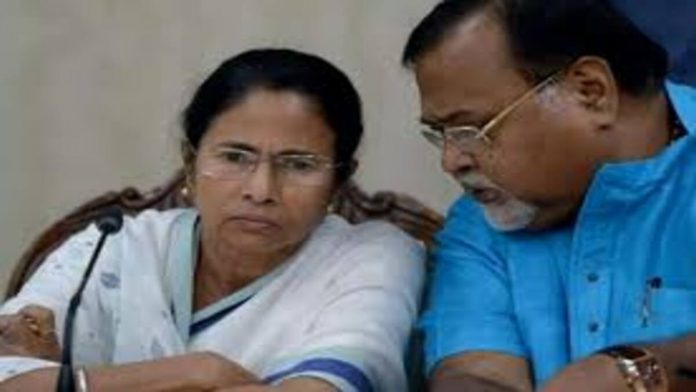 The Trinamool Congress dismissed Partha Chatterjee of his ministerial duties and suspended him from the party on Thursday, five days after his arrest in the West Bengal School Service Commission recruitment fraud.

According to a statement from the State government, Mr. Chatterjee has been immediately stripped of his responsibilities as Minister in Charge of Four Departments. “Partha da [Partha Chatterjee] is coming to me from all the departments. For the portfolios to be given to others, there needs to be a cabinet reshuffle, according to Chief Minister Mamata Banerjee. Mr. Chatterjee was in charge of several divisions, including Parliamentary Affairs, Industries, and Commerce.

After a meeting later in the day, the Trinamool leadership expelled Mr. Chatterjee from the party and demoted him to the positions of national vice-president and secretary general.

Since his detention on July 23, Ms. Banerjee has been under increasing pressure to take action against the Trinamool heavyweight. The 69-year-old, along with the Chief Minister and her nephew Abhishek Banerjee, has been one of the party’s tallest leaders. Senior party figures, including spokesperson Kunal Ghosh, called for action against the Trinamool heavyweight earlier in the day. Since the raids and cash seizures by the Enforcement Directorate (ED), the Trinamool leadership has been attempting to distance itself from Mr. Chatterjee.

An acquaintance of the former Minister named Arpita Mukherjee had 28 crore in cash seized by the ED from one of her residences on Wednesday evening. This was the second time that money was found in one of Ms. Mukherjee’s properties. Ms. Mukherjee was arrested on July 22 after cash and jewelry worth 21.90 crore were taken from her home. The total quantity of money and jewelry confiscated at two locations to now exceeds 50 crore. The amount of money seized is the greatest in recent memory in Kolkata.

After a party meeting, Trinamool general secretary Mr. Abhishek Banerjee declared, “All the members of the disciplinary committee unanimously determined that he [Mr. Partha Chatterjee] should be suspended from the party awaiting investigation.” We all want to know where the money that was recovered came from, Mr. Banerjee emphasized the need for a time-bound probe into the issue. According to Mr. Banerjee, the Trinamool Congress has in this case granted the people of the State the benefit of the doubt by moving against him even if circumstantial evidence suggested that he (Mr. Chatterjee) might be implicated. He is accountable. The burden of proof rests with him to show that the money recovered was not obtained through illegal means, according to the TMC leader.

In theory, Partha Chatterjee will become clean overnight if he joins the BJP a few months or years from now, according to Mr. Banerjee. He reaffirmed the party chairperson’s statement that everyone involved in wrongdoing in the TMC, including the party secretary general, will face consequences.

The ED detained Mr. Chatterjee and Ms. Mukherjee on June 23 following the initial raid and cash collection. Up until August 3, the former Minister and his associate were both in the custody of the ED in relation to the School Service Commission (SSC) recruiting scandal, in which it was claimed that employment were offered in exchange for financial benefit. From 2014 until 2021, Mr. Chatterjee served as the education department’s minister.

The ED kept conducting raids at several places, primarily Ms. Mukherjee’s properties. To protest the recruiting scandal, the BJP and the Left parties took to the streets. Additionally, Mr. Banerjee summoned protesting job applicants who had complained to the Calcutta High Court about the anomalies in the hiring process. The ED is investigating the matter of money laundering in the scheme after the High Court ordered the Central Bureau of Investigation to look into a number of such allegations.