The move of adding one team as of now is being backed by the industry and those who are tracking the development. 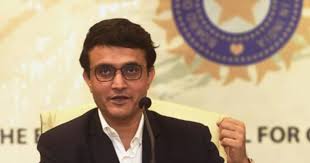 The members in the meeting of BCCI’s Annual General Meeting (AGM) last month,  had given their approvals for the inclusion of two new IPL franchises in IPL which currently consists of eight.

However, the board has decided to add only one IPL franchise after keeping in the proposal and approvals of adding franchises. Following are the points being considered by BCCI for coming up with the decision of adding one franchise.

Introducing only one is a better option right now as it will allow the board to get better value for the 10th franchise later.

Adding two teams will require to change format of the league to fit the timeline of league, which will take ample of time and may also collide with the bidding time of the next season. While adding one team will lead to 74 matches which is quite a feasible option.

The BCCI does not want to disturb the situation much at the moment as there are only two years left for IPL rights cycle to get underway.

And with this the board is also expecting the legalities involving artibrations with Deccan Chargers and Kochi Tuskers to be resolved in the remaining time.

The next season is likely to begin from March this year.

Those who have the knowledge in the subject said, “the idea is also to maintain the quality of the tournament, which means ensuring quality cricketers are available to make for a 10-team pool also the ecosystem can only expand in line with talent and manpower”.

Knowing that the 50-over World Cup 2023 of the ICC being shifted from the February-March window to October-November, the BCCI is thinking of accommodating the bigger IPL tournament by adding the month of march and the idea is backed by major cricket boards around the world.

Apart from the support the development is being criticized by smaller boards who are pushing for eight franchises and are also not in the favour of what India is looking for.

But those who can see through the development said, “IPL is like an elephant in the room and it’s going to make space for itself”.