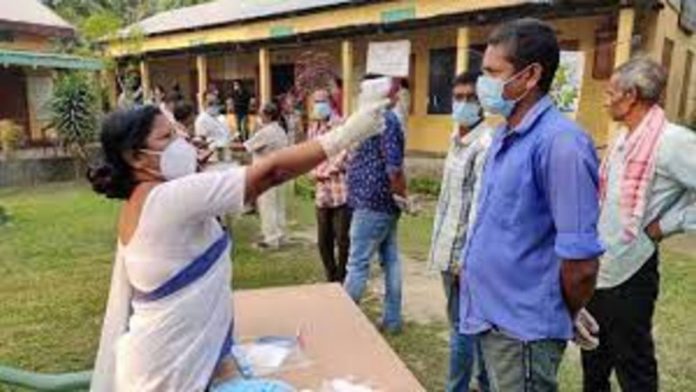 In a election widely seen as the benchmark of BJP’s fate  – Polling begins in Bengal, voters to decide fate of 191 candidates in 30 seats

The 2021 battle for states that account for over a fifth of India’s parliamentary constituencies kicks off Saturday on a pitch that has seen a lot of turmoil. The party, not so long ago an ‘also-ran’ in these areas, led in a majority of these seats in both states in the 2019 Lok Sabha polls and will be looking to repeat that performance in an assembly election, if not improve upon it.

In Bengal in particular, the addition of Suvendu Adhikari’s clan to its resources will make the BJP believe it can do really well in the 30 seats that poll on Saturday. The party had led in 20 of the 30 assembly segments here two years ago and had a vote share of over 46%, one of the few areas in the state where it bested the Trinamool.

Trinamool will hope that Mamata Banerjee contesting from Nandigram, which adjoins the area, will give it a boost and dent its losses from 2016, when it won 27 of these seats. Much will also depend on how the Left, once the dominant force in these parts, fares. Between 2016 and 2019, its vote share collapsed from over 28% to just around 5% and it did not lead in a single assembly segment in 2019 just as in the rest of the state.

Congress will hope that the CAA issue will adversely affect the ruling alliance here, unlike in some other parts of the state, but whether that happens is a moot question. BJP has been wary of raising the issue in the state but has reason to believe it may not matter as much as the opposition hopes it will. At stake for BJP is also the push for achieving a majority on its own in the state assembly. If that is to happen, it must ensure it does not lose ground from 2016, when it won 27 seats, even if it can’t repeat the 2019 performance of 34 leads.