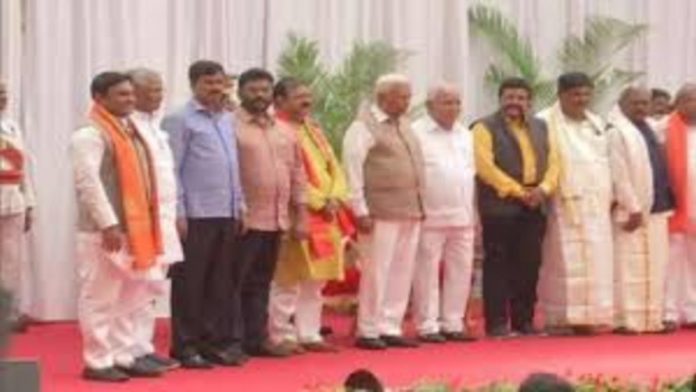 Basavaraj Bommai arrived in Bengaluru from Delhi at 10 a.m. today. In an interview with the press, he stated, “The list should be out by 11-11:30 am. The swearing-in ceremony is scheduled at 2:15 pm today.”

In the hopes of receiving the list from Delhi, CM Basavaraj Bommai has directed the Raj Bhavan to prepare for the oath-taking ceremony of the new ministers at 2:15 p.m. today. So yet, no MLA has gotten a phone call from the Chief Minister.

During today’s cabinet expansion, it is predicted that 22 to 25 ministers will be inducted in the first phase. Members of the BJP as well as those who defected from the previous Congress-JD(S) coalition will be included.

CM Bommai met with BJP national president JP Nadda in Delhi on Monday to discuss the expansion of the Karnataka Cabinet. Basavaraj Bommai was in the capital for the second time. He met Prime Minister Narendra Modi on July 30. Basavaraj Bommai was sworn in as Karnataka’s 23rd chief minister on July 28, just two days after BS Yediyurappa resigned.