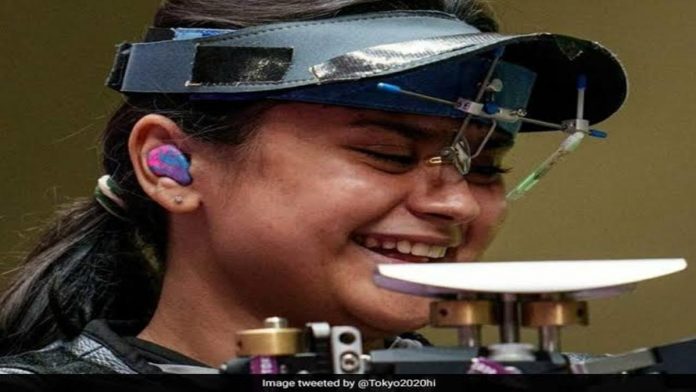 The 10m Air Rifle shooter is from Jaipur, Rajasthan, and she trains at the Pink City’s JDA Shooting Range. An accident in 2012 left her with traumatic paraplegia.

Prime Minister Narendra Modi congratulated the para shooters on their achievement on Twitter. He wrote, “Phenomenal performance @AvaniLekhara! Congratulations on winning a hard-earned and well-deserved Gold, made possible due to your industrious nature and passion towards shooting. This is truly a special moment for Indian sports. Best wishes for your future endeavours.”

In his sixth and final effort to win silver, the 24-year-old, a B.Com graduate of New Delhi’s Kirorimal College, sent the disc to a best distance of 44.38m. India had won a silver (high jump) and a bronze (discus throw) on Sunday, but the competition was put on hold owing to a protest.

Kathuniya, the son of an Army officer, suffered a paralytic attack when he was eight years old, leaving him with limb coordination issues.

Claudiney Batista dos Santos of Brazil, the defending champion, reigning world champion, and world record holder, won gold with a best throw of 45.59 metres, while Leonardo Diaz Aldana of Cuba got bronze with a throw of 43.36 metres.

Athletes in the F56 division have complete arm and trunk muscle power. Some people have the capacity to fully press their knees together, which gives them pelvic stability.

With a best throw of 42.51m at the 2019 World Para Athletics Championships in Dubai, he earned a berth in the Tokyo Olympics.

Several coaches spotted his talent when he was at the KMC, and he was soon under the supervision of Satyapal Singh at the Jawaharlal Nehuru Stadium.

He came under the guidance of coach Naval Singh a few years later.

In his first international tournament, the Para-athletics Grand Prix in Berlin in 2018, he set a world record in the F36 category.