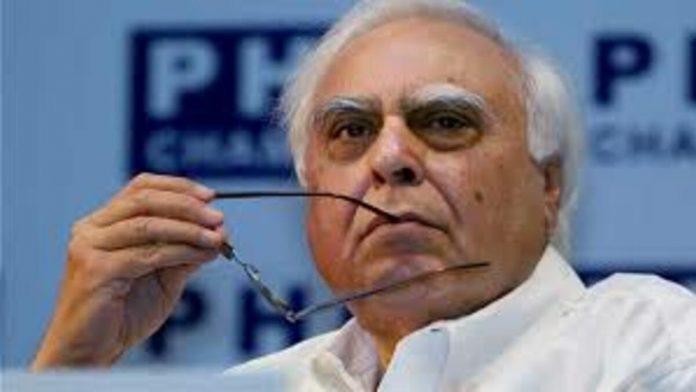 On Monday, two attorneys sent a letter of request to the attorney general of India over remarks made by senior advocate and Rajya Sabha member Kapil Sibal on the judiciary.

Sibal said he has “no hope” left in the Supreme Court in remarks that have drawn condemnation from a number of sources, while also expressing his discontent with some of the rulings made by the institution. Sibal’s statement has also drawn criticism from the All India Bar Association (AIBA) and the Bar Council of India.

Vineet Jindal and Shashank Shekhar Jha, two attorneys, have submitted a letter to the attorney general of India asking for his approval to move forward with criminal contempt charges against the former Congress leader for allegedly violating court orders “bringing shame and disgrace to the Indian judicial system.

Sibal had added, “If you think you would receive respite from the Supreme Court, you are hugely mistaken,” during his remarks at an event on Saturday in Delhi. Additionally, I am saying this after 50 years of Supreme Court practice.

Even if the supreme court issues a precedent-setting decision, the reality on the ground hardly ever changes, he had added.

“I will have worked for the Supreme Court for 50 years this year, and after so long, I feel that I can no longer expect anything from the organization. You talk about the Supreme Court issuing progressive rulings, but the reality on the ground is very different. In spite of the Supreme Court’s ruling on privacy, ED personnel visit your home. Your privacy where are you?” According to Sibal.

Adish C. Aggarwala, chairman of AIBA, stated that courts make decisions by applying the law to the facts presented in the cases before them and that they have only the Constitution as a duty to uphold.

“Criminal prosecutions that were started by the previous administrations as a political witch hunt, where thorough investigations were done but no evidence was revealed, had to be put to rest, and if that happened, there is no reason to blame the legal system. Courts are forbidden to pass verdicts that result in someone being hanged only to appease the sentiments of a certain group, he continued.

Sibal received harsh criticism from the Bar Council of India for his comments about the Supreme Court and the legal system. Senior attorney and BCI chairman Manan Kumar Mishra stated in a statement to ANI, “It is quite regrettable that Kapil Sibal made such a statement. He is a well-known figure in the legal community and was once the nation’s Law Minister. One does not have the authority to criticize the judiciary because they lost two or three significant cases. The judicial system is a free and impartial institution. Attacking it is not advised.

You cannot criticize judges and the judiciary, Mishra continued, if you accept poor cases and ultimately lose them in court.