Voting for second phase in Assam and West Bengal will be held tomorrow on April 1. 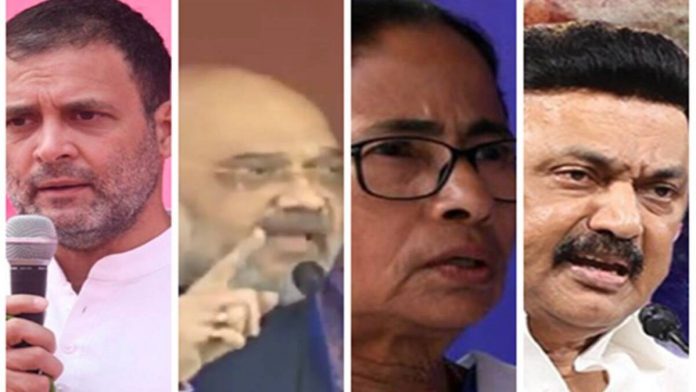 In a rally on Wednesday the Union Home Minister Amit Shah said that the Assam BJP has fulfilled all the promises it had made in 2016 that included protest-free, terrorism-free and developed Assam. He also urged the people of the state to bless the party to make Assam a symbol of development. Only BJP can make Assam infiltration-free, he asserted.

The Home Minister will also address rallies in Dispur and Hajo.

On the other hand Congress leader Rahul who is campaigning in the state today for the third phase of the polls was scheduled to arrive in the state yesterday but could not because of the bad weather. Soon after arriving he first worshiped at the Kamakhya temple.

Assam Chief Minister Sarbananda Sonowal is also contesting for BJP in the state.

While the BJP Chief of Kerala K Surendran manifesting about the love jihad issue said, “Not just BJP and Hindus, the Christian community also feels that love jihad is a serious issue in Kerala. Many incidents have taken place but no enquiry took place…ISIS is targeting Hindu-Christian girls especially students. Why are they sending couples to Syria if there is no love jihad? In our manifesto, we have categorically clarified that we shall move for legislation if voted to power,” said the Kerala BJP Chief.

Campaigning for the third phase has been started in the states of Assam and West Bengal as they have completed its two phases of polling. For TMC, Mamata Banerjee will campaign in Howrah and Hooghly in West Bengal while for BJP, party president JP Nadda will be campaigning in the state. Congress General Secretary Priyanka Gandhi Vadra will campaign in Sriperumbudur, where former Prime Minister and her father Rajiv Gandhi was assassinated. She will also campaign from Kanyakumari.

The Congress leader Priyanka Gandhi yesterday critically attacked the CPI(M)-LDF government by calling it an administration of “frauds and scams”. Likewise Modi government at the Centre the LDF government who had sworn allegiance for the communist manifesto was actually following the “corporate manifesto”.

Voting for second phase will be held tomorrow on April 1, in Assam and West Bengal.