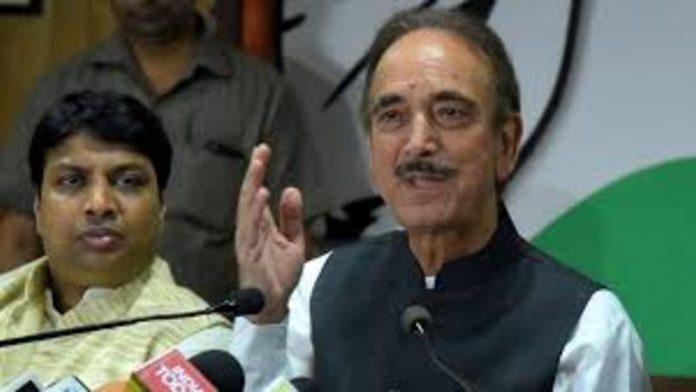 The resignation of senior Congress leader Ashwani Kumar has re-ignited simmering tensions inside the party. While the party remained silent, leaders of the ‘G-23’ faction said his departure indicated that things were not going well.

Ghulam Nabi Azad, a senior party leader, said the departure of “leader after leader” from the party is a “cause of significant worry.”

Azad, Congress deputy leader in the Rajya Sabha Anand Sharma, and Lok Sabha MP Manish Tewari all agreed that the party needed to take a serious and honest look at itself. All three are signatories of a letter submitted to Congress president Sonia Gandhi by 23 top leaders, known as the G-23, in August 2020, advocating for major changes in the party. On the condition of anonymity, several party leaders indicated they wouldn’t be surprised if the party implodes after March 10 if the Assembly election results aren’t in its favour.

“The fact that leader after leader is departing the party is a source of considerable concern. Besides a significant number of leaders and workers at all levels around the country, I believe (Ashwani) Kumar is the fourth or fifth former Union minister who has quit “According to Azad, who spoke to The Indian Express. This, according to Azad, a member of the Congress Working Committee and former Leader of the Opposition in the Rajya Sabha, demonstrates the Congress needs to conduct a lot of introspection to figure out why people are leaving. “It’s not accurate to claim that these leaders are going at the request of any individual or (any) political party.” There must be some unrest within the party (that) makes even the most ardent Congress members uneasy.”

Kumar’s departure was described as “sad” and “unfortunate” by Tewari and Vivek Tankha. “The news of Sh Ashwani Kumar leaving Congress is sad and regrettable,” tweeted Bhupinder Singh Hooda, a former Haryana state minister and another G-23 leader. He’s an old buddy and a member of a family of freedom fighters.”

“Mr Ashwani Kumar and I worked together in Dr Manmohan Singh’s ministry,” Tewari said. On a number of issues, he and I have had civilised disagreements. Even if a single little worker leaves the party, it necessitates introspection.”

“It’s disappointing to learn that a good colleague, Ashwani Kumar, is leaving Congress. It’s unfortunate that someone who has dedicated four decades to the party has decided to leave. It’s a matter that we should all be concerned about “Sharma sent out a tweet. A negative results in the Assembly elections, according to certain leaders, could result in a significant problem. One senior leader stated, “All senior leaders are really upset.”