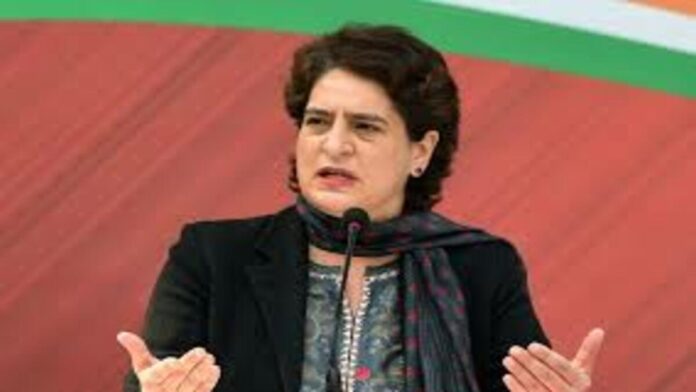 The Congress is running for its presidential election after 22 years, in which no one from Gandhi family is contesting but according to the sources, Priyanka Gandhi Vadra is said to be taking keen interest in the ongoing activities ahead of the election due on October 17.

Rahul Gandhi, who is currently on his Bharat Jodo rally had stepped down from his top post after two consecutive failure in general elections is not contesting the presidential elections. Side by side, he has even asked Party Chief Sonia Gandhi and sister Priyanka Gandhi Vadra not to contest the party election.

However, senior members within the party who are predicting organizational changes are talking about Ms Gandhi Vadra’s role in party election.

The 50-year-old who was chosen as the General Secretary in Uttar Pradesh in 2019, is trying to make sure that a suitable candidate is chosen for the post of Congress President, they also said.

The party presidential race got  difficult with the unprecedented crisis in the state of Rajasthan after Ashok Gehlot decided to contest for the post. The loyalists to the state CM threatened to resign if there demand were not fulfilled regarding the next Chief Minister.

Earlier, Mr Gehlot was a front runner to become the party president facing Shashi Tharoor as the main opponent.

Following many disruptions and Congress’ discontentment by the “humiliation” faced by loyalists to Mr Gehlot and his role, met the Chief Minister met Mrs Sonia Gandhi with an apology and announced that he will not fight for the president post anymore.

According to the sources, Priyanka Gandhi Vadra has insidious role in the Rajasthan crisis which aimed at taking Sachin Pilot at the top post.

Two years back, when there was a tight rebel between Sachin Pilot and Ashok Gehlot, Mrs Vadra had helped defuse the rebellion through her mediation. Now, she wanted Mr Pilot to hold the government and take it to assembly polls next year.

On one side, there is a faction ot leaders who want Rahul Gandhi as their president, while there is another faction who want Mrs Vadra to lead them, said sources.

Back in 2019, when Rahul Gandhi had stepped down from party president post he had asked Congress to look outside Gandhi family for its leadership.