Dadasaheb Awardee Asha Bhosle To Be Honored With Maharashtra Bhushan 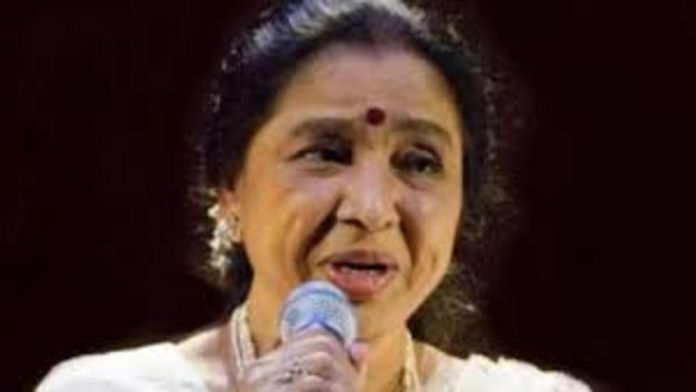 In its announcement the Maharashtra government on Thursday said that it will honour the Legendry singer Asha Bhosle with state’s lofty Maharashtra Bhushan for year 2020. Soon after this declaration the singer taking to her twitter handle expressing her happiness on being selected for the achievement said, “My heart felt gratitude to the people of Maharashtra for conferring upon me the highest level of honour the state can award to an individual – the Maharashtra Bhushan Award. Eternally grateful. Jai hind. Jai Maharashtra.” Asha tweeted this with sharing a picture of hers with folded hands to signify her gratitude.

“Just got the news of being bestowed the Maharashtra State highest honour to a civilian – Maharashtra Bhushan Puraskar. And no better people to enjoy it with than with your own. Thank you all for your love and blessings,” said Asha Bhosle in her another tweet. With this tweet she also shared a glimpse of her celebration with he granddaughter Zanai Bhosle.

The Maharashtra Bhushan Award was first conferred to late Actor Purushottam Laxman Deshpande in 1996. While, Lata Mangeshkar who is Asha Bhosle’s sister got honored in the just the next year in 1997. o was started in 1996 – late writer Purushottam Laxman Deshpande was the first recipient of the honour. Asha Bhosle’s sister, singing legend Lata Mangeshkar was conferred the Maharashtra Bhushan Award just the next year in 1997.

During Asha Bhosle’s illustrious career spanning over several decades, the singing legend has thousands of songs to her credit. Asha Bhosle’s resume has two National Awards – in 1981 for Dil Cheez Kya Hain from Umrao Jaan and in 1986 for Mera Kuch Samaan from Ijaazat. Ash Bhosle was also honoured with the Dadasaheb Phalke Award in 2000.

In her celebrated career for decades the singer Asha Bhosle has added up to thousands of amazing songs to her list. She has also got two national awards for Dil Cheez Kya Hain from Umrao Jaan in 1981 and for Mera Kuch Samaan from Ijaazat in 1986. Apart from these awards she was also honored by the Dadasaheb Phalke Award in 2000.