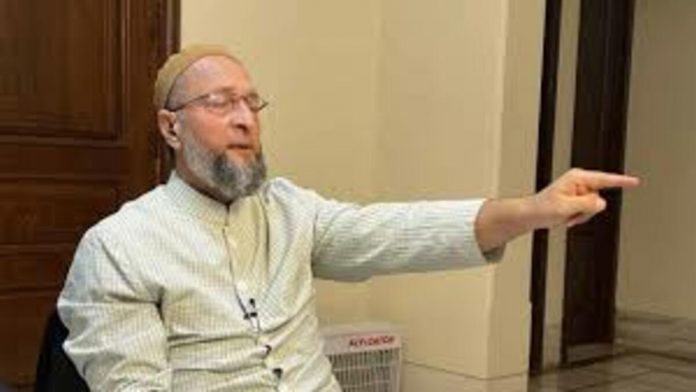 Asaduddin Owaisi, the chief of the All India Majlis-e-Ittehadul Muslimeen (AIMIM), called the Gyanvapi Masjid ruling a “blatant violation” of the Places of Worship Act 1991 on Thursday.

The survey inside the Gyanvapi mosque, which is located next to the Kashi Vishwanath temple, will continue, according to a Varanasi court hearing the case on Thursday afternoon. The report must be submitted by May 17. Two more lawyers were added to the survey commission by the Varanasi court.

He claims that the court’s ruling violates the Supreme Court’s decision in the Babri Masjid title issue.

“The court’s decision is a clear violation of the 1991 Places of Worship Act. It’s against the Supreme Court’s ruling in the Babri Masjid title issue “Mr. Owaisi informed.

Mr Owaisi further stated that after the Babri Masjid, he did not want to lose another masjid.

“This is a flagrant infringement, and I hope the All India Muslim Personal Law Board and the Masjid Committee would file a complaint with the Supreme Court. I have already lost one Babri Masjid and do not wish to lose another “he declared

He also proposed that the Uttar Pradesh government, led by Yogi Adityanath, file a FIR against anyone who tries to change the nature of religious sites.

“The Yogi government should immediately file a FIR against these individuals, as the 1991 Act states that anyone who attempts to change the nature of religious places as they were on August 15, 1947 is guilty of treason. They might face a three-year prison sentence if found guilty by the courts “he added.

A court in Varanasi refused to remove Court Commissioner Ajay Mishra, saying that the video inspection of the Gyanvapi mosque would continue and be finished by Tuesday (May 17).

The survey of various idols, including Shringar Gauri in Varanasi’s Kashi Vishwanath temple grounds and the Gyanvapi Masjid complex, has sparked outrage.

Following the court-appointed commissioner’s survey of Varanasi’s Gyanvapi Masjid, the Anjuman Intezamia Masjid Committee filed an application on Saturday seeking the office’s removal due to suspected prejudice in the matter.