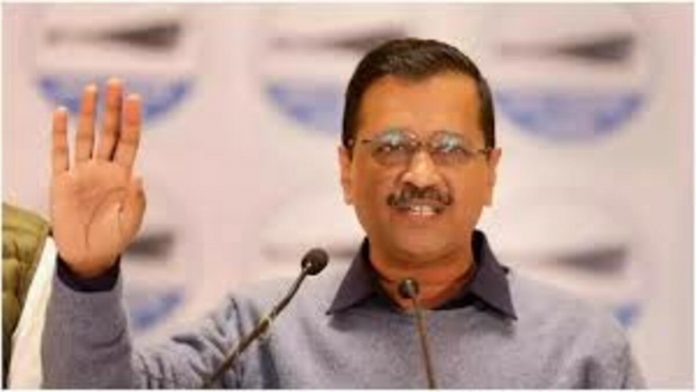 Arvind Kejriwal, the convener of the Aam Aadmi Party and the Delhi Chief Minister, promised free pilgrimage for senior citizens in AC trains to various religious sites, including Ayodhya, if the AAP was elected to power in Gujarat, and accused the BJP of “failure” on multiple fronts during its nearly three-decade rule.

If the AAP establishes the next government in Gujarat, where Assembly elections are due by the end of the year, he also pledged free energy, better schools, and hospitals.

Mr Kejriwal, speaking at a rally in Rajkot, accused the BJP of “failing” in Gujarat on education, health, and employment during its lengthy tenure.

Kejriwal praised the education reforms implemented in Delhi during his tenure as chief minister, but criticised the BJP government in Gujarat of closing over 6,000 government-run schools for “poor” inhabitants.

“Despite being in power in Gujarat for 27 years, the BJP has never sent a single person on a pilgrimage. All these years, did they send anyone to Ayodhya? In just three years, the AAP government in Delhi has sent 50,000 senior citizens on pilgrimages. Under our initiative, we sent them to sites like Mathura, Haridwar, and Vrindavan for free “he stated.

“If we are elected to power in Gujarat, we would provide free transportation to all senior citizens. We’ll transport them in air-conditioned trains and book them into air-conditioned hotel rooms “Mr. Kejriwal said this while speaking to the crowd.

The AAP politician, whose party just formed a government in Punjab, urged Gujarat residents to give his party a chance to run the state, which is dominated by the BJP.

“The AAP is a party of people who are educated, honest, and patriotic. I implore the public to give us one chance, if only to shatter the BJP’s ego. If you are dissatisfied with our work, you have the right to vote for any other party in the next five years’ elections “he continued.

Despite the fact that Gujarat’s Chief Minister is Bhupendra Patel, he claims that the show is handled by state BJP president CR Paatil.

According to the AAP representative, government schools in Delhi have drastically improved since his party took control in the national capital.

“I’ve heard that government schools in Gujarat are in poor condition. Before we came to power, the scenario in Delhi was similar. In just five years, however, we have transformed our schools into world-class institutions. Nearly 4 lakh students from wealthy families have transferred from private schools to public institutions “According to the AAP convener,

The Delhi CM attacked his arch political foe, the BJP, saying the saffron party is only in power to “rob” the people of Gujarat.

The AAP politician asked those in attendance if he appeared to be a “thug,” as Gujarat BJP President Paatil previously described him.

“Kejriwal, according to Paatilji, is a bully. Do I have the appearance of a thug? Is a thug beneficial to schools and hospitals? Paatilji declared me a terrorist. Is it possible that a terrorist sends people on pilgrimages? “Mr. Kejriwal enquired.

The former bureaucrat-turned-politician then encouraged rallygoers to raise their hands if they think Paatil is a “thug.” Almost everyone in the room raised their hands in response.

People should vote for the AAP if they want free electricity 24 hours a day, just as in Delhi, according to the AAP leader.

“Gujarat’s educated youth are unable to find work. In five years, we provided jobs for 12 lakh youths, and we are currently trying to provide jobs for another 20 lakh in the next five years. Bring the AAP to power in Gujarat if you want jobs “Mr. Kejriwal stated.

Without naming names, he said that the BJP prevented a key Congress man from joining the AAP and asked him to stay in the opposition party.

“When pressed for an explanation, BJP leaders explained that the Congress is the BJP’s younger sister. I ask the people of Gujarat to reject this brother-sister combo and elect the AAP “Mr. Kejriwal stated.

heyzo free CAWD-435 She's cute and has a nice personality, but I want to have a lot of sex! - Five First Experiences Mecha x 2 Iki 3 Production Ruru Mishiro 508HYK-063 Real intercourse in an outdoor exposure circle where the tide blows JUNY-078 Obscene Off-Paco Photo Session With Colossal Tits Jcup Gravure Temptation To Put Out A Human Bullet Body In A Tiny Swimsuit Reina Kuroki JUFE-428 I Grabbed The Weakness Of My Boss's Wife, Who I Absolutely Never Wanted To Know, And I Gave Her A Plump And Soft Shaved Pussy With A Disgusting Face For A Long Time... Mizuki Yayoi FCP-117 [Delivery only] That girl you care about is a little devil! - ? - You cannot escape from the absolute realm. - [Must-see leg fetish] Pleasure climax thighjob #3 Karen Asahina Mei Mitsuki Mitsuki Yuina