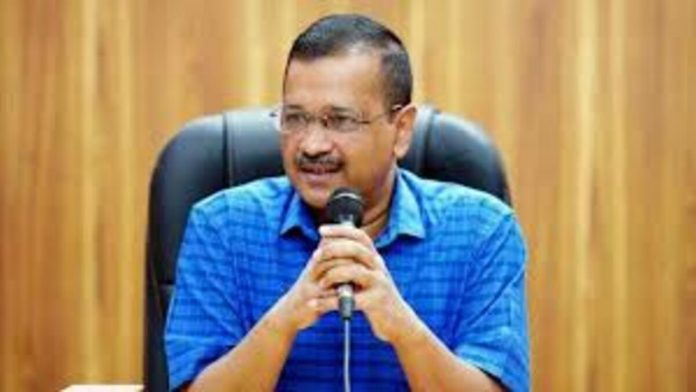 The Delhi government announced on Monday that it will redevelop five key markets in the national capital – Lajpat Nagar, Kamla Nagar, Sarojini Nagar, Khari Baoli, and Kirti Nagar – in a major move to boost the local economy at a time when the country is still recovering from the coronavirus pandemic-induced slowdown.

The move would not only help struggling businesses, but it will also create thousands of jobs in the country, which is currently grappling with a high unemployment rate. All of these marketplaces are in prime locations throughout Delhi, attracting thousands of tourists every day.

The five markets, he added, have been chosen for Phase 1 of the’markets reconstruction’ program, which the Delhi government announced in its annual budget for 2022-23. In the coming phase, other significant markets in the city will be redeveloped.

The five markets, according to Kejriwal, would be renovated with world-class designs.

The Delhi government will now organize a design competition, inviting architects and the general public to submit proposals. The competition’s timetable is scheduled to be released in a few weeks, with the competition taking place within the next six weeks.

“The finest designs will be chosen, and the five markets will be reconstructed in such a way that they will draw more people from all over the country and the world,” says the statement. It would create jobs at a time when unemployment is a major concern,” Kejriwal remarked.

After consulting with market associations, the chief minister and Aam Aadmi Party convener stated his government chose the five markets. The government solicited bids from all markets and then organized an eight-member selection committee comprised of government officials and traders to select five significant pockets for reconstruction as part of the ‘Rozgar Budget 2022-23.’

The group chose nine marketplaces to tour, meet with stakeholders, and determine the magnitude and scope of reconstruction before recommending these five choices.

According to an official, the choice to choose the five markets was influenced by a number of variables. “Among the selection factors were unique selling points, footfall, scale of business, existing civic infrastructure, revenue creation, heritage value, and parking space.” These five marketplaces are popular not only in Delhi, but throughout the NCR, and their rehabilitation has enormous potential for job creation,” said an official who did not want to be identified.

Representatives from the School of Planning and Architecture (SPA), the Public Works Department, and the Delhi Jal Board, as well as Brijesh Goyal (head of the Chamber of Trade and Industry) and Harsh Vardhan Bansal of the Shopping Centres Association, made up the committee. Pawan Kumar, chief project manager of the Delhi Tourism and Transport Development Corporation, is the chairman of the committee.

According to Goyal, the five markets are enthusiastic about the makeover.

In FY 2022-23, the Delhi government has set aside 100 crore for market redevelopment plans, with the government estimating that over 1.5 lakh jobs will be created.

According to figures provided by the National Statistical Office (NSO) on Tuesday, the Indian economy grew by 8.7%. In the fiscal year 2021-22, the...
Read more
BUSINESS OPURTUNITIES