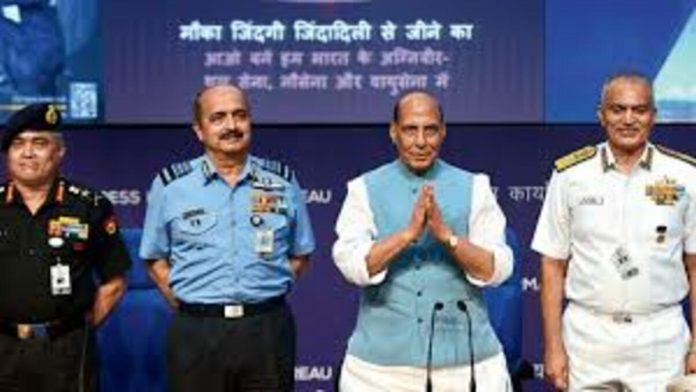 After the plan was announced on June 14, numerous states were rocked by violent protests for nearly a week, and opposition parties called for its cancellation. “Registration for Agnivesers in Indian Navy begins today,” the ministry of defense tweeted on Friday. “enlist in the Indian Army Realize your aspiration to serve the nation as an Agniveer. Registration for the Agnipath recruitment program will begin on July 1 “It read.

Under the Agnipath program, young people between the ages of 17 and 21 will be enlisted in the military services for a four-year period, with 25% of them then being enlisted for regular service. The government announced a number of appeasement measures, including a preference for Agniveers in central paramilitary forces and defense public sector undertakings upon their retirement, on June 16 after raising the maximum age restriction for enlistment under the scheme from 21 to 23 for this year.

The ‘Agniveers’ — soldiers recruited through the Agnipath scheme — will be given precedence in induction into state police forces, according to a number of BJP-ruled states. Armed forces have made it plain that anyone who participated in violent protests or burning in opposition to the new recruitment plan will not be admitted.