Are Existing Vaccines Effective Against Monkeypox? Here Is What Experts Say 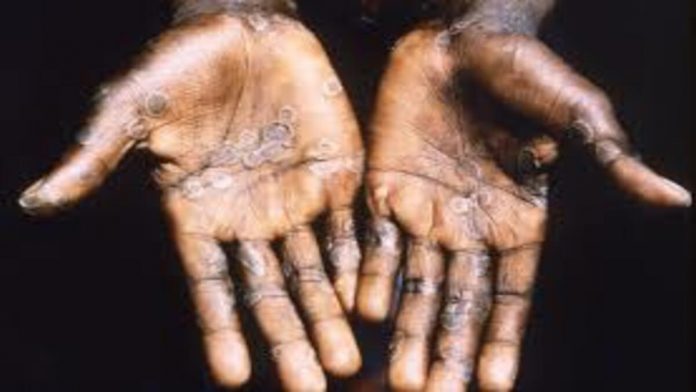 COVID-19 is a well-known monster by now, and while it may still be lethal, we are no longer terrified of it – at least, that’s what it appears from people’s demeanor.

Meanwhile, a monkeypox outbreak, which is connected to smallpox, is causing anxiety among worldwide public health officials. But did you know that, even though there is no vaccination for monkeypox, the virus can be contained using vaccines that are already in stock and available in some countries? Hundreds of millions of doses of smallpox vaccination are stockpiled around the world as insurance against the deadly virus being released by terrorists or in a war, according to sources, and they are known to offer some protection against monkeypox.

According to National Geographic, the first human monkeypox infection was discovered in 1970 in the Congo’s Équateur Province in a 9-month-old baby who had been misdiagnosed with smallpox, a disease that was on the verge of elimination and looked similar to monkeypox.

The World Health Organization has recorded 310 cases of monkeypox in rural West and Central Africa by 1985, the bulk of which were in Congo. According to the World Health Organization, the situation is unlikely to become a full-fledged pandemic. However, more than 1,000 people have been verified to be sick with the virus in nearly 30 nations where outbreaks are rare.

The elimination of smallpox is a major contributor to the rise in monkeypox cases. Smallpox was proclaimed eliminated by the World Health Organization in 1980, and inoculation against the virus was discontinued. Many of us over the age of 40 or 50 have a scar on our arms, mostly on the left upper arm, as a memory of the smallpox vaccination. However, the majority of the world’s population, particularly the younger generation, has never seen or heard of smallpox disease, let alone received a smallpox vaccine. However, researchers discovered that this now-discontinued smallpox vaccination, which has adverse effects, gave 85% protection against monkeypox. Vaccinated persons had a nearly fivefold lower risk of contracting monkeypox than unvaccinated people, according to a 2010 study from Central Congo.

As deforestation increases, more people may become infected with the virus. Clearing forests for plantations and agriculture is likely to put humans closer to infected wild animals, perhaps enhancing the virus’s ability to hop species, as Ebola has shown.

In addition, a 2014 study discovered one form of the Congo Basin monkeypox virus strain with a missing gene that could be linked to a human-to-human transmission adaption.

Another source of concern is the growing stigma surrounding the recent monkeypox outbreaks, as many of the cases have been in guys who have had intercourse with other men. In a 2021 comment in Nature Medicine, Daniel Bausch, the director of emerging threats and global health security at the Foundation for Innovative New Diagnostics in Geneva, Switzerland, wrote that if the disease is stigmatized, people may refuse to comply with contact-tracing efforts, making ring vaccination much more difficult.

So, what would be effective against monkeypox? According to Bausch, who has worked on Ebola outbreaks for the WHO and the UK government, health officials would likely need to look beyond vaccination and focus on quarantine and isolation, as well as community education, to stop the virus from spreading. Although there have been some results with ring vaccination, it is “far from a panacea.”