Another Shatabdi Caught Fire At Ghaziabad 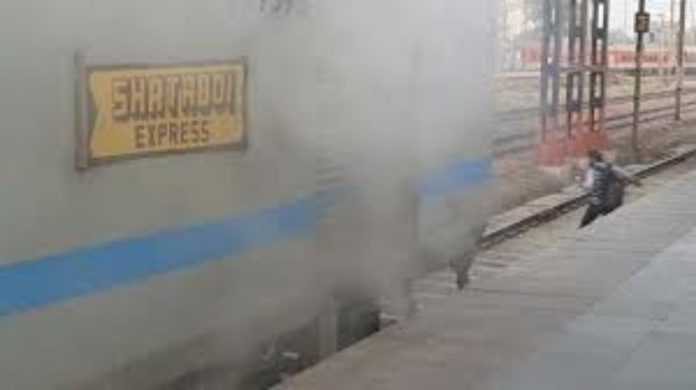 A huge fire in the generator coach of Delhi-Lucknow Shatabdi Express broke out today in the morning at Ghaidbad railway station. The couch has been now detached and the train has been departed towards its destination.

The fire took took place at 7 in the morning after which six fire tenders were sent off to where the incident took place.

The fire was broken out in the last coach of the train which was carrying the train luggage and the generator. In the rescue the coach was detached from the full train and the extinguishing was started.

The doors of the coach were jammed so, the fire was extinguished by breaking the doors. However, no death was reported in the incident.

The reason behind the fire outbreak is unknown yet.

The same incident took place recently on March 13, when the Dehradun-Delhi Shatabdi Express’s one coach caught fire. This fire took place between the stations of Raiwala and Kansrao. Same as today the coach was separated from the full train and the affected passengers from the coach that caught fire, were shifted to another coaches of the train.