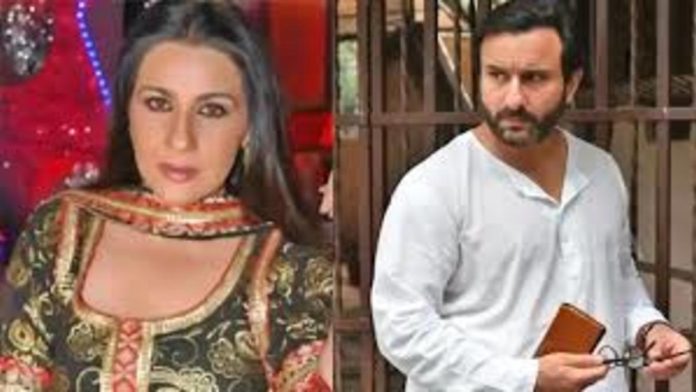 In a throwback interview, Amrita Singh stated that she was not the ‘bikini-wearing bindaas kind’ of actress and that she preferred to be more homely. The actor, who was married to Saif Ali Khan from 1991 to 2004, told Simi Garewal how she had changed following their marriage, stating she had grown “gentler and slower.”

“I was very bindaas, outspoken but that was my age,” Amrita remarked in 1999 when Simi Garewal asked if marriage had tempered her outspokenness, “I was extremely bindaas, outspoken but that was my age.” I was self-sufficient and lived alone. I’m still brash, but I’m gentler and slower now. I was never one of those bikini-clad bindaas; I was more of a behenji. I felt like I had protected myself a lot more with that entire thing about me being brash and bindaas.” She added that people would really think twice before coming to talk to her. ” For a really long while, I thought the only way was to attack before they did.”

During the chat, Amrita and Saif Ali Khan shared their love journey, which was filled with challenges they had to conquer. “I would lie if I claimed I didn’t feel insecure about Saif working with heroines,” Amrita stated when asked if she ever felt insecure about Saif working with heroines. I’ve been here before. We’ve had our disagreements and troubles. “I believe it is natural for a woman to be insecure.” She did say, though, that she would rather not linger on it because she had previously experienced “harrowing moments.” “I sobbed, argued, and did the things that any woman would want to do.” I wanted to slam a frying pan against Saif’s skull.” Saif laughed and said she’d already done it.

Sara Ali Khan and Ibrahim Ali Khan are the children of Saif Ali Khan and Amrita Singh, who divorced in 2004. Sara has frequently stated that Amrita and Saif were happier after they divorced. Sara told in a recent interview that her mother hadn’t laughed in ten years during her marriage to Saif. “She was instantly radiant, attractive, and ecstatic, just as she deserved to be. Sara explained, “Why would I be miserable if I have two happy parents in two happy homes?” Saif is now married to Kareena Kapoor, with whom he has two sons, Taimur and Jeh.

Sara made her Bollywood debut three years ago with Kedarnath, and she is currently anticipating the release of her next film, Atrangi Re, starring Dhanush and Akshay Kumar.