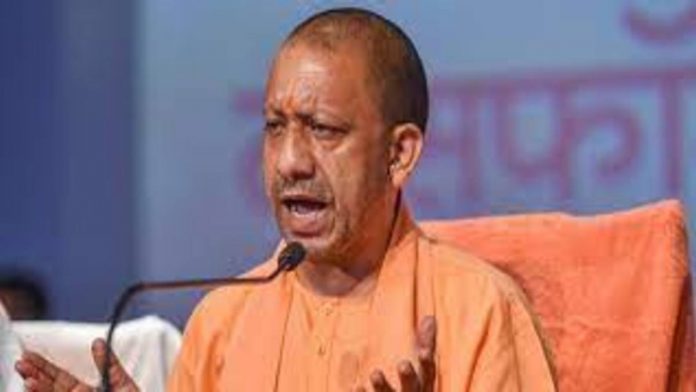 In what can be viewed as an assurance for Yogi Adityanath, a top BJP leader who visited Uttar Pradesh for a “review” practice heaped praise on the chief minister for his handling of the Covid-19 pandemic and declining the every day case count by “93 per cent within five weeks”.

“In five weeks, @myogiadityanath’s Uttar Pradesh reduced the new daily case count by 93% … Remember it’s a state with 20+ Cr population. When municipality CMs could not manage a city of 1.5Cr population, Yogiji managed quite effectively,” said BL Santosh tweeting after returning from Lucknow.

This comes as an assurance for Yogi Adityanath ahead of the state assembly elections that are set to be held next year. There were also rumours buzzing around saying that the BJP top brass was planning a shift in leadership of chief minister or his two deputies.

The BJP’s national general secretary BL Santhosh and the UP BJP in-charge Radha Mohan Singh had attended a meeting in the state amid the concerns of rising criticism over UP CM Yogi Adityanath’s handling of the Covid-19 pandemic. Pictures of floating bodies on Ganga river or buried in shallow graves alongside districts of UP have gained international focus.

What has stressed Adityanath is the reports of party’s MLAs and MPs expressing grievances against their own government ti media. A couple of days back, party MLA from Sitapur (Sadar) Rakesh Rathore said he may face sedition charges if he too speak about Yogi Adityanath’s handling of the covid crisis.

“Vidhayakon ki haisiyat kya hai…Hum jyada kahenge to desh droh, raj droh humpe bhi to lagega (What is the status of an MLA? If we speak too much, then we too will have to face sedition charges),” the MLA said when he was asked why the trauma centre project in Sitapur district was still non-operational.

The Allahabad High Court while hearing a PIL over the Covid spread and the state of quarantine centres in UP, said, The whole medical facility in villages and small cities of Uttar Pradesh is at God’s mercy (“Ram bharose”). A High Court Bench of Justices Siddharth Verma and Ajit Kumar mentioned the objective fact while considering the death of Santosh Kumar (64), who was admitted to a quarantine ward at a Meerut hospital. The specialists there neglected to identify him and discarded the body as unidentified, as per the investigation report.