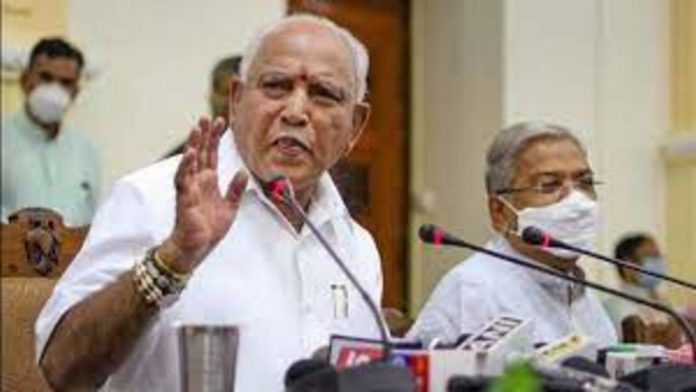 Speculations regarding a Karnataka leadership change are rife, despite Chief Minister BS Yediyurappa’s denial. Karnataka Chief Minister KCR, who was in Delhi last week, has invited party MPs to a dinner on July 25 at a city hotel to commemorate his government’s two-year anniversary.

On July 26, Yediyurappa will finish two years as Karnataka’s chief minister, although no legislative party gathering has been arranged as of yet. There were earlier rumours that the BJP legislature party meeting would be held on the day when some clarity on the leadership change speculations was expected.

Many people were surprised when he met with Prime Minister Narendra Modi, Home Minister Amit Shah, Defense Minister Rajnath Singh, and BJP President J P Nadda on his recent trip to Delhi. However, Yediyurappa dismissed reports in some quarters that he was on his way out, claiming that the central leadership had requested him to stay on.

Meanwhile, a leaked audiotape of BJP leader Basavaraj Patil Yatnal on Monday fueled fresh speculation about the 78-year-departure, old’s with him declaring that the party will soon choose a new leader who is “honest, pro-Hindu, and capable of bringing the BJP back to power.”

What happens if Yediyurappa resigns?
In Bengaluru, Yediyurappa met with the leaders of many mutts, who warned of political repercussions for the BJP in Karnataka if Yediyurappa was ousted as Chief Minister.

“Yediyurappa only said that he is not in position to speak anything on the issue and will have to abide by the decision of the high command. He did not say anything else,” Balehosur mutt’s Dingaleshwar Swamy, who led the delegation of pontiffs, said.

The Karnataka chief minister met with representatives of the Veerashaiva-Lingayat group, which is viewed as the BJP’s main support base in the state, who warned that replacing Yediyurappa would have “big consequences” for the party.

The community factor appears to have risen to the fore, with significant Veerashaiva-Lingayat political figures and seers from the community throwing their weight behind him.