Amid Raj Thackeray’s Threat Against Loudspeakers, CM Uddhav Thackery Criticises MNV Of Being BJP’s “B Team” 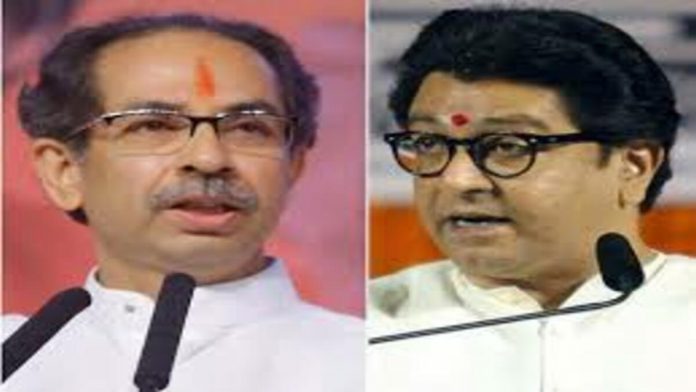 As his “deadline” for removing loudspeakers from mosques came to an end, Raj Thackeray, the Maharashtra Navnirman Sena head, set the ground for a showdown with the Maharashtra government by renewing his threat to play Hanuman Chalisa over loudspeakers.

His cousin, Chief Minister Uddhav Thackeray, has taken tremendous arrangements to preserve peace and order in the state.

Not only have all police officers’ leaves been cancelled, but a large number of Home Guards have also been deployed.

The forces have been dispersed throughout all sensitive areas. The police have stated that those who seek to disrupt the peace will face severe consequences.

Raj Thackeray repeated his plans to play Hanuman Chalisa on loudspeakers near mosques where loudspeakers have not been removed in a statement tweeted this evening.

The showdown comes before of Maharashtra’s civic elections, in which the BJP is vying for control of Mumbai’s Brihanmumbai Corporation, India’s richest local body.

The Shiv Sena has accused the MNS of being the BJP’s “B Team,” aiming to sway Sena votes with its strident anti-Hindutva attitude. Uddhav Thackeray, the Sena’s leader and Chief Minister, has already accused the BJP of doing the same.

He declared the Sena’s “Hindutva is as strong as Gadadhari Hanuman” last week, criticising the BJP for its role in the Hanuman Chalisa dispute. “If you challenge the Shiv Sena, we’ll show you what Bheema Roop and Maha Rudra are.”

“They (the BJP) have been screaming for the Shiv Sena to abandon Hindutva for the past few days. What do we have left? Is Hindu nationalism a dhoti? Is it true that we put it on and then take it off? One thing must be kept in mind. Those who lecture us on Hindutva should consider what they have accomplished for Hindutva “he has stated