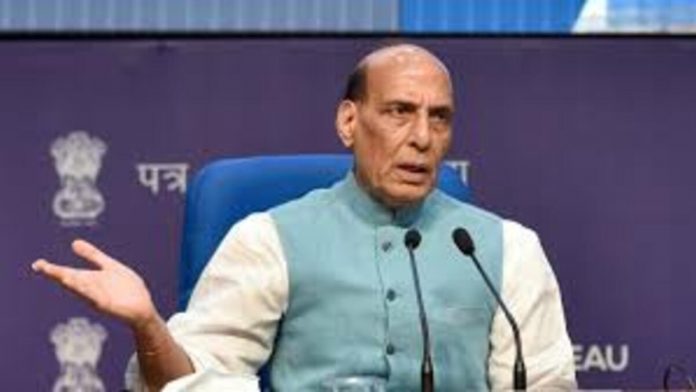 Amid continuing protest for the third day against Agnipath, Union Defence Minister Rajnath Singh on Friday said that the recruitment process through the Agnipath scheme will start soon and urged youngsters to prepare. Calling it a ‘golden opportunity’ he thanks Prime Minister Narendra Modi for allowing a age waiver for the recruitment of first batch.

“Agnipath is a golden opportunity for the youth to join the defence system and serve the country. As the recruitment was stalled for the last two years, many were deprived of the opportunity. For them, PM Modi increased the age limit from 21 to 23 years,” said the Defence Minister in a tweet.

“I heartily thank PM Modi for his sensitivity towards the future of the country’s youth. I appeal to the youth that the process of recruitment will begin in a few days. So, start your preparation,” he further said.

Soon after launching of the scheme, concerns over the uncertain future of those joining through the scheme emerged as the scheme only provides employment for four years. Another concern highlighted by the opposition parties was that the youngsters between the age of 17.5 and 21 might not be capable enough to ensure the security of the nation.

After massive protests erupted and wide criticism, the central government on late Thursday night allowed a one time age waiver for the recruitment in the first year owing to no rallies conducted for last two years to induct soldiers in Army.

Though the government announced a age waiver of 23 from initial 21 within two days of launching of the scheme, a major push by the Union Ministers, BJP leaders and Chief Ministers of BJP government defending the launch of the scheme was seen which can be taken as a sign that the central government is determined to go ahead with the scheme soon.