Amid Congress Crisis, President Removes Kiran Bedi From The Position Of Lt-Governor

President Kovind's office said Telangana Governor Tamilisai Soundararajan had been asked to take on Ms Bedi's functions, in addition to her own, until a new appointment. 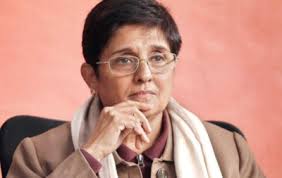 Lieutenant-Governor of Puducherry Kiran Bedi was removed from her position last night in order of Congress crisis of numbers. Following her removal Puducherry Chief Minister V Narayanswamy called it “a victory for the people”. This comes a few hours after a fourth Congress leader resigned from the Narayanswamy’s party at the verge of collapsing but Narayanswamy dismissed such talk of collapsing and asserted “Our government is not in the minority”. The order is likely to be a strategy of BJP weakening its rivals just ahead of the polls in May.

Mr Narayanswamy has always been a critic of Kiran bedi and have continuously accused her of scuttling Puducherry’s development projects on Centre’s orders. While talking to media personalities he said, “It is a victory in our fight for secularism. It is a victory for the people… the people of Puducherry are celebrating the removal of Kiran Bedi”.

Talking to media Narayanswamy alleged BJP for poaching MLAs and said it has used several tactics used in other states to “topple democratically-elected governments”. “It is public knowledge… people are saying this MLA and that minister has been purchased…,” he said. He also accused BJP for planning another “Operation Kamal (lotus)”.

Congress is losing its majority in the state as four Congress leaders have resigned so far and the fifth one N Dhanavelou was alleged for anti-party activities and was disqualified last year. Two leaders E Theepainjan and A Namassivayam have resigned and have joined BJP since then. The two who have resigned in last two days are Malladi Krishna Rao and John Kumar.

Mr Narayanswamy claimed that Rao resigned because of Kiran Bed as “He was agitated because Kiran Bedi was blocking his projects. He is still with me. I am confident I can persuade him,” said the CM.

Many states including West Bengal, Tamil Nadu, Kerala, Assam as well as Puducherry are going to have its assembly polls in the month of May this year. BJP is not expecting much from Kerala and Tamil Nadu but is expecting from Puducherry with the weakening of Congress.

The Chief Minister also said that those who are joining BJP their careers will be finished and he also said that he not worried about any threat from BJP as Puducherry’s voters are different and only go for secular parties not for any communal element.