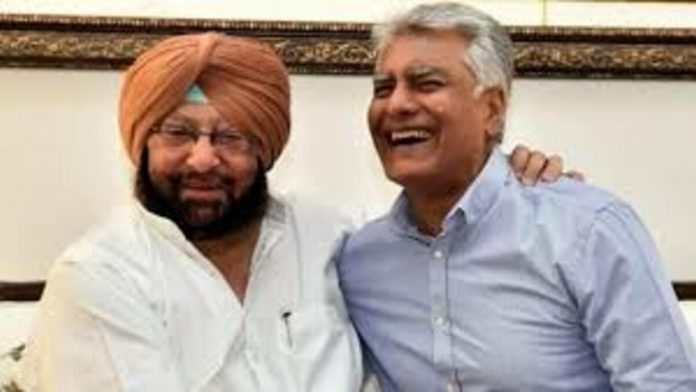 As he went over to the BJP, Amarinder Singh, the former Congress chief minister of Punjab, praised Sunil Jakhar, the man who oversaw the party’s state unit during his tenure. Mr Jakhar might be handed a Rajya Sabha seat and given some responsibilities in Punjab, where Arvind Kejriwal’s Aam Aadmi Party wiped out both the BJP and the Congress in the recent state elections.

“In the right party, the right man. @sunilkjakhar has joined the @BJP4India campaign. Honest and ethical leaders like him are no longer able to breathe in the @INCIndia “Mr Singh, who left the Congress last year to start his own party following a year of public feuding with a faction led by Navjot Sidhu, tweeted. He established an alliance with the BJP ahead of the just ended legislative elections.

After Charanjit Singh Channi was picked to replace Amarinder Singh in the top job, for which he was a candidate, Sunil Jakhar became an outspoken opponent of the Congress. Navjot Sidhu had also defeated him for the state party post.

Mr Jakhar resigned from the Congress on May 14 after the party leadership handed him a showcause notice for his criticism of Mr Channi. He was recommended by the party’s disciplinary committee to be suspended for two years and removed from all positions.

Mr Jakhar, who joined the BJP today, said he abandoned the Congress after 50 years “because they put me in the “katghara,” or “witness box,” and questioned my motive.”

“The Congress served me notices, but I was unable to remain silent,” he claimed, adding that the party’s “coterie has now evolved into a gang.”

Navjot Sidhu asked the party to hold Mr Jakhar back shortly after he announced his resignation, calling his predecessor a “asset.”