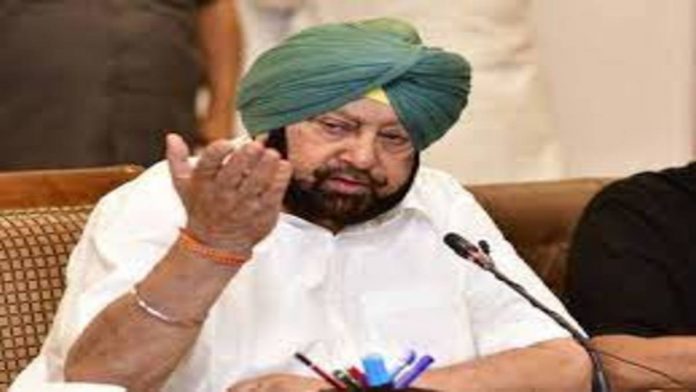 In another development, AICC general secretary and Punjab affairs in-charge Harish Rawat is expected to arrive in Chandigarh on Saturday to meet Amarinder Singh, even as the wait for the much-anticipated announcement from the Congress high command on the resolution of the party’s state unit infighting continues.

According to sources, Amarinder Singh warned Gandhi in a letter that neglecting the old guard and other senior party officials representing Hindu and Dalit communities could harm the party’s chances in the approaching and vital 2022 assembly elections.

Sidhu, a former BJP MP, switched to the Congress before the 2017 assembly elections.

He is expected to become the Punjab Congress chief, according to reports. According to the sources, Amarinder Singh has conveyed his discontent with Sidhu’s appointment to a vital position.

There is also talk of choosing two working presidents, one from the Dalit community and the other from the Hindu community, to help balance the caste system. Minister Vijay Inder Singla and MP Santokh Chaudhary’s names were circulating for the position of working presidents.

Amarinder Singh, the Chief Minister, is a Jat Sikh. Sunil Jakhar is the current president of the PPCC.

Rawat is set to meet with the chief minister on Saturday afternoon at his farmhouse in Siswan, Mohali, according to the sources, who did not elaborate on the proposed meeting. Sidhu met with Congress President Rahul Gandhi in Delhi on Friday, despite the state unit’s ongoing internal strife.

Pawan Dewan, a Congress leader and the head of the Punjab Large Industrial Development Board, has encouraged the party to include Hindus in prominent positions in the state unit.

Sidhu has been at odds with Amarinder Singh, accusing him of delaying justice in the 2015 sacrilege and following police shootings.