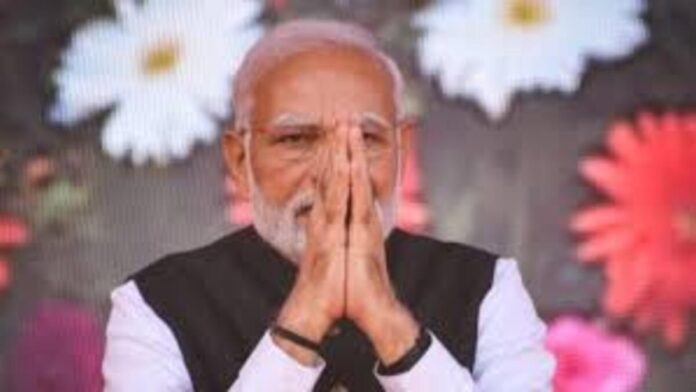 The All India Bar Association (AIBA) requested a thorough investigation into the “international conspiracy angle” in the BBC documentary on Prime Minister Narendra Modi in a letter to Union home minister Amit Shah on Sunday. This comes after Kiren Rijiju, the law minister, described the BBC two-part documentary “India: The Modi Question” as being a part of a “malicious campaign” that was launched both inside and outside of the nation.

AIBA chairman and senior attorney Adish C. Aggarwala wrote a letter to the home minister outlining four main issues, including the association’s view that the documentary’s timing, content, and promotion were all “hazardous.”

The AIBA added that “invisible hands” behind the film and the minds that put together “an imaginary tale with discredited and rejected evidence” should be identified and held accountable. The AIBA stated that this documentary should neither be seen as a one-off negative media report nor dismissed as a superficial and half-baked attempt to undermine the stature of the prime minister in his individual capacity.

In the letter, it was stated that some countries “that still cling to their colonial mindset” find India’s ability to withstand the Covid wave, its position on the Russia-Ukraine war, its ascent to G20 leadership, and the nation’s capacity to mitigate the effects of a global recession to be objectionable.

India now has the fastest-growing big economy in the world, and in another five years it will surpass China and the United States to become the third-largest economy in the world. According to AIBA in the letter, this accomplishment under the capable leadership of Narendra Modi has also angered many nations.

The Indian government has scrutinised the BBC documentary due to its criticism of Prime Minister Modi. The documentary was denounced by the external affairs ministry because it was a “propaganda work,” according to spokeswoman Arindam Bagchi.

A letter denouncing the BBC documentary for exhibiting “unrelenting hostility” toward India and its leader was also signed by 302 well-known people, including retired judges, government officials, and military veterans.

People with knowledge of the situation indicated that the Centre has directed YouTube to remove any video copies of the documentary and blocked all tweets about it because it considers them to be a threat to the country’s sovereignty, its ties with other countries, and the public order.

When Narendra Modi was the state’s chief minister in 2002, the BBC programme claims to have looked into some parts of the riots in Gujarat.

prestige premium free CJOB-122 Nipple Bing Plump Body Slut And Sweaty Human Bullet Sex 31 Production BEST GVH-501 During the holidays when my parents aren't on a trip... I met with my unrequited love, her best friend, and my bad friend, and the last shameful memory of a student who overflowed with distorted feelings. FC2-PPV-3169986 * 900pt until tomorrow * [Appearance] [Outflow] Part ⑤ NTR Gonzo of a certain elite bureaucrat's beautiful mature woman wife * Please understand the circumstances * I can't write too much detail RAPD-006 Outdoor Rape Strong Psychopaths In The Remote Mountains Married Women Who Were Attacked By Demons, Even Though They Cried And Cried In vain Miori Hara Kokoro Hinagata Noa Kawamura 421OCN-043 Shizuku-san