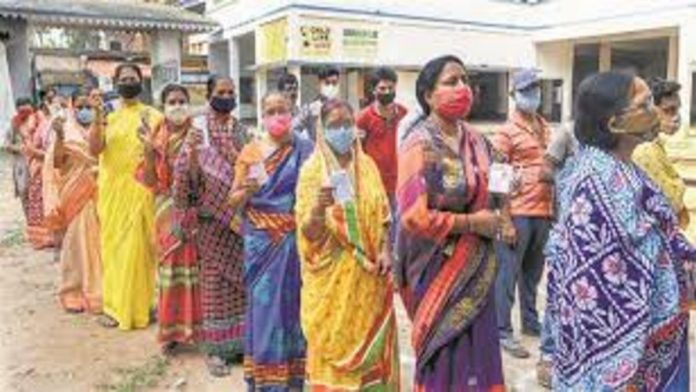 Assam, Tamil Nadu, Kerala, and Puducherry have completed their elections; all eyes are now on the exit polls for these states. Many that are eagerly awaiting the exit polls to see which way the wind is blowing will have to wait a little longer. The Indian Election Commission has made it illegal to conduct exit polls or publicise them before 7.30 p.m. on April 29.

The Commission has stated that it would be illegal to publish or publicise the results of exit polls in the print or electronic media, or in any other medium, before the West Bengal elections are completed. West Bengal, in particular, is holding eight-phase elections. Although the third phase of voting took place today, the final phase will take place on April 29. Due to the fact that polling would end about 6 p.m., the commission has prohibited the publication of any exit polls before 7.30 p.m., in case of a voting pause on that day due to unexpected circumstances.

Furthermore, the Election Commission has prohibited the display of any poll-related issue, such as an opinion poll or any other election survey, in any electronic media for the next 48 hours, ending at the hour scheduled for the poll’s conclusion in poll-bound states.
There are 3,998 candidates running for 234 seats in Tamil Nadu. In Kerala, 140 seats are up for election, with 957 candidates vying for them. There are 946 candidates running for the 126-member Assam Legislative Assembly in Assam. There are 324 candidates in Puducherry vying for these 30 seats. Elections for the 294-member assembly in West Bengal are being conducted in eight phases.