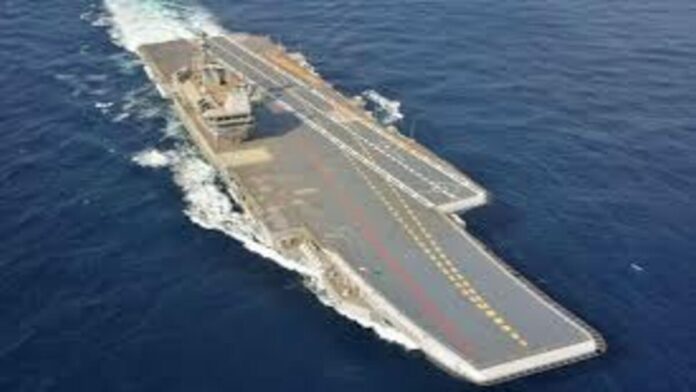 On Friday, Prime Minister Narendra Modi commissioned India’s first indigenous aircraft carrier, INS Vikrant, into the Indian Navy. It was a historic occasion for the force, attended by hundreds of sailors and veterans in a jam-packed hall at the Cochin Shipyard Limited premises.

For the majority of active-duty naval personnel, the commissioning of INS Vikrant—known as a floating airfield—put India in an elite group of countries that are able to construct aircraft carriers with a displacement of more than 40,000 tonnes.

The fact that INS Vikrant is a reincarnation of India’s first aircraft carrier, which played a crucial part in the 1971 war between India and Pakistan as well as other crucial operations, caused nostalgia in many other people as well.

The important of the incident was best explained by senior navy officers present. They explained to News18 why the commissioning is a significant accomplishment for India.

Vice Admiral Biswajit Dasgupta, Flag Officer Commanding-in-Chief of Eastern Naval Command, referred to INS Vikrant as the “poster girl” of Atmanirbhar Bharat and claimed that she elevates India into a select group of nations with the capacity to construct an aircraft carrier. He claimed that it also demonstrates how our design abilities have found a market.

According to any criterion, she has been constructed in 13 years and is more than twice as big as her predecessor. “INS Vikrant has demonstrated our ability to integrate aircraft and systems from around the globe, including Russian, Indian, and American aircraft, Russian aviation systems, American gas turbines, Israeli weapons and radars, as well as indigenous weapon systems, such as electronic warfare gear, gun mounts, and others.”

He stated that she “tells a story of expertise, capacity, and confidence.”

He emphasised the significance of the day for the Navy by saying, “We had served in the old INS Vikrant and it is a source of great happiness for us that INS Vikrant is back again and I’m still in duty.”

Thorough aircraft landing trials, which would take some time, would come next, according to the senior navy official. There is no easy way out of this, he declared.

He continued by saying that all Navy streams have been opened up to accommodate women and that the ship is well-equipped for women to serve on board.

As onlookers flocked to get a sight of the powerful INS Vikrant, which has a displacement of 42,800 tonnes, she stood tall. With a range of 7,500 nautical miles and four 22 MW gas turbine engines, the ship can practically go by sea from India to Brazil without stopping to refuel in between.

Numerous people gathered to the deck of the INS Vikrant on the hot Friday in Cochin to take photos of her enormous runway or just to experience what it was like to be on board the powerful ship. The ALH Dhruv, Kamov-31 helicopters, and MiG-29 K fighters were on exhibit at one end of the flight deck, while the ski-jump for aeroplanes to take off from the runway was on the opposite end.

Vikrant is enormous, big, and vast, the prime minister declared in his speech an hour ago. “Vikrant is exceptional, and he’s also unique. Vikrant is more than just a battleship. This is proof of India’s dedication, talent, impact, and hard work in the twenty-first century, he told the enthusiastic crowd.

What PM Modi said is best described by the characteristics of INS Vikrant. It has a length of 262.5 metres, a width of 62.5 metres, a top speed of 28 knots, and a cruise speed of 18 knots.

The IAC is outfitted with a ski-jump for launching aircraft and a set of three “arrestor wires” for their recovery onboard. This innovative aircraft-operation mode is known as “short take-off but arrested recovery” (STOBAR).

The ship’s 2,600 kilometres of internal cabling and the electricity it produces can light up a small town.

The INS Vikrant features its own hospital, workout centre, kitchen, and laundry room, among other amenities, and can accommodate a crew of over 1,600 people.

In reality, the kitchen can produce 4,800 meals every day thanks to three automated galleys that make 16,000 chapatis and 6,000 idlis each day.

The medical facility features a 16-bed unit and is divided into 45 compartments over three decks. A 64-slice CT scan centre, two operating rooms, a dental centre, an X-ray and scanning facility, and a full-fledged laboratory are among the facilities available to the medical team, which is made up of five officers and fifteen sailors.

INS Vikrant will considerably increase India’s offensive and defensive capabilities in the Indian Ocean Region and act as a significant force multiplier as it works toward becoming a blue-water navy. In a year, the INS Vikrant will be based in Vizag and will be a part of the Eastern Naval Command, which is in charge of the whole region of the Bay of Bengal off the coast of India, with the exception of the territory under the Andaman and Nicobar Command.