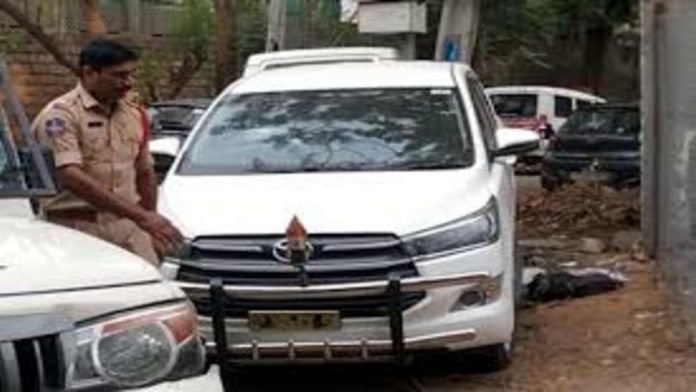 The AIMIM MLA’s son, who was suspected in minor girl’s rape in Hyderabad has finally been named as accused in the gangrape case. Days after the heinous crime, all six accused including one adult and five minors are now in police custody.

The gangrape had taken a political angle as soon the reports of the case emerged as it was suspected MLA’s minor son was also involved in the case.

However, the sixth has been accused of voluntarily casuing hurt, sexual assault and also for outraging woman’s modesty.

“We have booked them under the stringent sections, so they get maximum punishment for this heinous crime,” said CV Anand, the Hyderabad police commissioner.

Despite many attempts of covering up MLA son’s involvement, last week BJP MLA Raghunandan Rao had shared a video clip and some pictures showing MLA’s son in carrying out crime in a car with the 17-year-old girl. He alleged police of covering up.

Earlier, the police kept of saying that AIMIM MLA’s son had left the gang and was sitting at the pastry shop when the crime took place.

“He had travelled a short distance in the Innova and then returned as he got a phone call, so it was five people who committed the rape,” said the police commissioner accepting that they came to know his involvement only after the video and pictures were shared by the BJP leader.

The girl was returning to home after a party when she was offered a lift the group of boys who allegedly raped her.

“The harassment of the girl began around 3 pm inside the pub itself. Subsequently they trapped her outside the pub at around 5:40 pm after her friend left,” said Mr CV Anand.

A security footage of outside the club, where the girl had come for partying showed the girl standing outside with the accused. The MLA’s son was also seen in the video.

The accused who are the students of class 11 and 12 are from “politically influential” families.
Amongst the accused, one is AIMIM MLA’s son, one is of a local leader of state’s ruling Telangana Rashtra Samithi and one of TRS leader from Sanga Reddy.