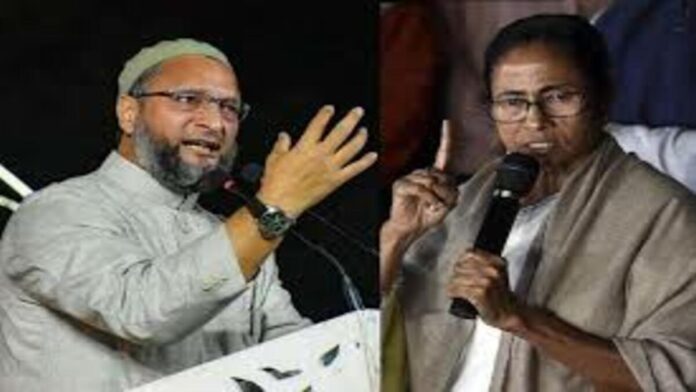 Asaduddin Owaisi, the leader of All India Majlis-e-Ittehadul Muslimeen (AIMIM), attacked Mamata Banerjee, the chief minister of West Bengal, on Thursday for her previous comments about the Rashtriya Swayamsevak Sangh, in which she said that “RSS wasn’t so awful originally.” Mamata Banerjee is heard saying that there are many “nice people” in the RSS who “don’t support the BJP” in a video that has been circulated on social media.

“Before, RSS wasn’t all that horrible. I don’t believe the RSS to be all that horrible. Even still, there are plenty of fine people in the RSS, and they oppose the BJP. One day, they’ll likewise end their silence “explained Banerjee.

While attending an RSS function in 2003, Owaisi recalls how the Trinamool Congress leader lavished adulation on the group. The Lok Sabha member from Hyderabad claimed that Trinamool’s “Muslim faces” will compliment the Bengal CM for her “honesty and constancy” despite the RSS’s history of “full of anti-Muslim hate crimes.”

Mamata had also referred to RSS as “patriots” in 2003. She had been referred to as “Durga” by RSS. Hindu Rashtra is what RSS wants. There have been several anti-Muslim hate crimes in its past. After the Gujarat pogrom, she had defended the BJP government in Parliament. Owaisi wrote, “Hope TMC’s ‘Muslim faces’ appreciate her for her honesty & consistency.

When Banerjee rejoined the NDA government in September 2003 as a cabinet minister without a portfolio, she enlisted the Sangh’s assistance in her campaign against communist “terror” in West Bengal.

She said, “If you (the RSS) give us just 1% assistance, we will be able to resist red terror,” at a book launch event that was attended by prominent RSS figures including Mohan Bhagwat and Madan Das Devi.

“Although I have met several personally, I have never had the opportunity to meet so many RSS leaders. True patriots are folks like you. I am aware of your affection for the nation and your concern for even its minor, outlying regions, she said.