The Tamil Nadu assembly with its 234 seats will go under polling on April 6 and votes counting on May 2. 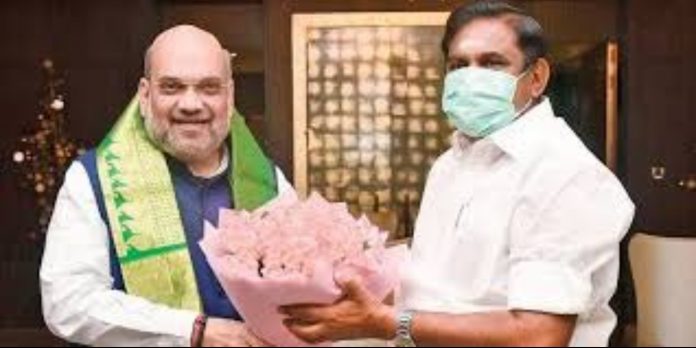 BJP as being an ally to the ruling AIADMK in Tamil Nadu has been given 20 seats for contest in the state. The AIADMK has allotted three more seats than BJP to its another ally PMK.

However, the names of the constituencies that are allotted to BJP have not been finalized yet but it is clear that the saffron party is going to have a Kanyakumary Lok Sabha seat which is going for poll after the death of Congress MP Vasanthkumar.

AIADMK has not finalized seat sharing with DMDK led by actor Vijaykant.

Today in morning, the party has released its first list of six candidates including veteran leaders Mr Palaniswami and Mr Panneerselvam.

Mr Palaniswami and Mr Panneerselvam will contest from the constituencies of Edappadi and Bodinayakanur respectively.

Two other Veteran leaders out of those six, who have been allotted seats are D Jayakumar, who currently represents Royapuram and C Ve Shanmugam, represents Villipuram.

The Tamil Nadu assembly with its 234 seats will go under polling on April 6 and votes counting on May 2.

The two major alliance which will be fighting against each other in the state are BJP-AIADMK and Congress-DMK.

The ruling AIADMK is seeking for its third straight win. The state is having its first polls after the deaths of its major leaders J Jayalalithaa and M Karunanidhi.