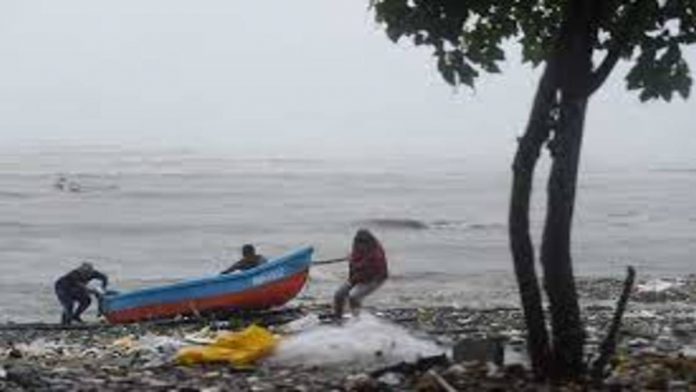 The Odisha government has put all its coastal and adjoining districts on high alert amid a warning of cyclonic storm in the Bay of Bengal.

Around 14 districts have been ordered on high alert and with this the Odisha government has also asked the Indian Navy and the Indian Coast Guard to be ready for the emerging situation that may likely arise due to the cyclonic eruption from the sea, news agency the Press Trust of India reported.

After holding a meeting with the senior officers, the Odisha Chief Secretary SC Mohapatra said that the state is fully ready if any mishappening takes due to ‘Yaas’.

The India Meteorological Department has anticipated that a cyclonic storm named ‘Yaas’ is likely to pass Odisha-West Bengal coast by May 26 morning.

However, the department is yet to forecast the probable path that will be followed by the storm, its speed and possible landfall.

“The DIG of Indian Coast Guard has informed us that two of their flights and two ships are making rounds of the Bay of Bengal. They will rescue the fishermen if trapped anywhere in the sea,” the Special Relief Commissioner (SRC) P K Jena told PTI.

Besides, the authority of Indian Naval Ship Chilika have also been alerted, who is also in continuous contact with the state government.

Meanwhile, the suitable pucca buildings have been finalised in the districts for the rescue shelter, he said.

The cyclone ‘Yaas’ is anticipated to move north-westwards and arrive at Odisha-West Bengal coast around May 26 morning, the IMD said. Fishermen have been asked not to wander into the remote ocean space of central Bay of Bengal between May 23 and May 25 and into north Bay of Bengal along and off the Odisha coast from May 24 to May 27.

Other than Odisha and West Bengal there may be heavy rainfall in Andaman and Nicobar Islands and many districts of east coast.