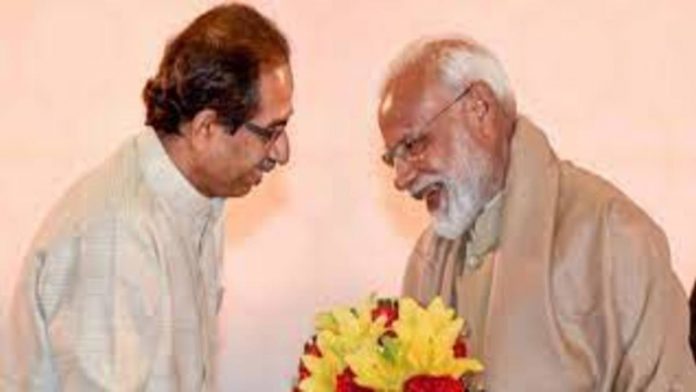 Especially after the Maharashtra Chief Minister Uddhav Thackeray’s meeting with Prime Minister Narendra Modi, the Shiv Sena appears to have softened its stand over PM.

On Tuesday, the publication in party mouthpiece Saamna referenced Sena MLA Pratap Sarnaik’s disputable letter to party president Thackeray which requires a coalition with the BJP. It further said that there have been no unpleasant relations with the PM, and subsequently there is no point of making cordial relations with him. “The Maharashtra government has always shared good equations with the Prime Minister,” said the letter.

The article additionally showed to Sarnaik that the party had made him an legislator and he isn’t over the party. “There was pressure during an emergency to merge Shiv Sena into Congress. But, then Sena chief Balasaheb Thackeray did not budge and maintained the party’s existence. Only because he retained it as an independent party, an ordinary man is able to enjoy the post of MLA, MP, minister even today. And these Shiv Sainiks are the ‘strength’ of the party who keep fighting in any situation whether they are being harassed or subjected to justice or injustice,” the Marathi daily said.

In the mean time, Sena MP Sanjay Raut, while talking to media on Tuesday, opposed the term ‘Modi or BJP opponents’ utilized by the media while referring to the third front. “There is a need for a ‘strong opposition’ in parliamentary democracy. NCP chief Sharad Pawar is preparing for the same and he has never said that he is against Modi or BJP,” he said.