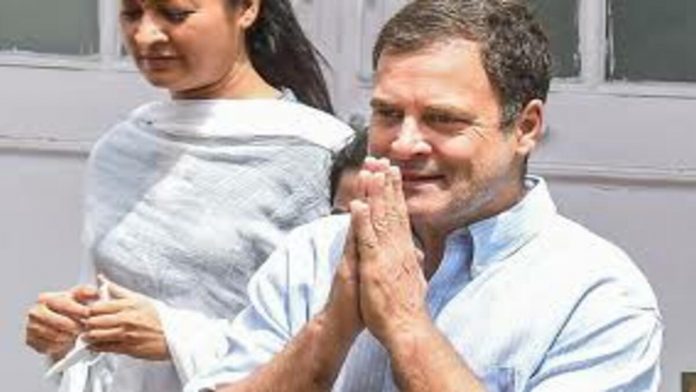 In the National Herald case, the Enforcement Directorate questioned Congress leader Rahul Gandhi for nearly nine hours for the second day in a row, and he will be summoned again on Wednesday.

Top congressional leaders have threatened to arrest him again in support of the probe agency case, calling it “illegal, unconstitutional, and spiteful.”

After briefly joining a demonstration at the AICC headquarters, Rahul arrived at the ED office with sister Priyanka at 11:05 a.m. Outside the AICC, party leaders including Chhattisgarh Chief Minister Bhupesh Baghel, Randeep Surjewala, KC Venugopal, Deepender Hooda, and Adhir Ranjan Chowdhury were detained for breaking prohibitory orders in central Delhi.

According to agency sources, Rahul took longer than normal to answer the questions since he was reliant on his legal adviser, who sat with him during the interrogation.

Meanwhile, the Congress continued to query the government over what it called a “effort to silence Rahul Gandhi for questioning the Prime Minister.”

Surjewala cited a Tribune report on the ED’s Prevention of Money Laundering Act case patterns to query why 98 percent of all PMLA cases were filed during the ruling BJP government’s past eight years.

He claimed political vendetta and asked, “What does this show?” He claimed that the ED case was illegitimate because “neither a FIR nor an active court case” had been filed.

Surjewala questioned, “What is the foundation of ED summons?” “BJP’s Subramanian Swamy, on whose court complaint the case is based, has himself got a stay,” he remarked. The Congress, on the other hand, did not explain why it would not take the matter to court if the ED summons were unconstitutional.