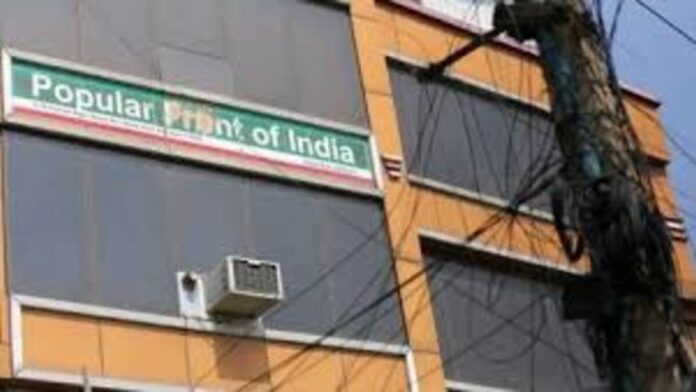 The Union Ministry of Home Affairs mentioned a number of murders and heinous assaults in its proclamation outlawing PFI, alleging that these were committed by PFI cadres in order to “disturb tranquility and create a reign of dread in people’s minds.” Bringing up a few of the cases:

KERALA
Prof. T. J. Joseph of Newman College in Thodupuzha was assaulted by PFI members on July 4, 2010, months after he was accused of making derogatory remarks about the Prophet in a question paper he had created. After the dispute over the exam papers, Joseph was detained but released on bond. In front of his family, he was taken out of his automobile, waylaid, and had his right palm severed. There were 28 persons detained. In 2015, a special court in Kochi found 13 people guilty of attempted murder and other crimes while clearing the other defendants. Ten guilty men received eight years in prison.

On Wednesday, Joseph stated: “Many PFI assault victims have passed away. I vow my solidarity to all PFI attack victims while remaining silent. Politicians decided to impose this prohibition. Let the political authorities respond.

In a quarrel about wall graffiti in the institution, Abhimanyu, a Dalit student activist at Maharaja’s College in Ernakulam, was fatally stabbed on July 1, 2018. 16 suspects were arrested; some are still at large. Trial is ongoing.

Alappuzha native Nandu R Krishna was killed by a hacksaw on February 24, 2021, as a result of an altercation between RSS and PFI men. Yogi Adityanath, the chief minister of Uttar Pradesh, warned Kerala was in danger from Islamist terrorism when speaking to a BJP rally in Kasargod days prior to the fight, setting off protests by PFI-SDPI activists and resulting in confrontations. Trial is still pending for fifteen people.

S Sanjith, a 27-year-old native of Palakkad, was killed by a knife on November 15, 2021. Police made 12 PFI guys arrests and filed a chargesheet. After the murder, two apparently retaliatory assassinations occurred in Palakkad in April 2022. PFI’s Subair was murdered outside a mosque, and three local RSS members were detained in connection with the crime. S K Srinivasan, an RSS employee, was killed similarly the following day. In the murder of Srinivasan, more than 20 PFI or SDPI employees were detained. Trial is ongoing.

KARNATAKA
On August 14, 2016, the 30-year-old Praveen Pujari was fatally hacked in the Kodagu district, purportedly in retribution for Muslims throwing stones at a mosque during a Hindu Jagarana Vedike-organized march. Police filed a chargesheet after holding nine PFI associates. All nine were cleared in 2021.

On July 4, 2017, Sharath Madiwala was murdered in the Bantwal taluk of Dakshina Kannada. Seventeen reportedly PFI-affiliated individuals were detained, including Khaleelullah, PFI’s Chamarajanagar district president, who was detained for allegedly housing the primary assassins. In 2018, Khaleelullah received bail; the case is still pending.

On October 16, 2016, Rudresh was assassinated in Bengaluru as he was making his way home from an RSS event. Police claimed that the five suspects who were detained had connections to PFI. The NIA received the investigation and issued a chargesheet. Trial for the case.

On July 26, 2022, two bike-riding males in the Dakshina Kannada district killed Praveen Nettaru by hacking him to death. Police believe he was murdered in vengeance for the nearby death of Masood, a teenager. Police made seven arrests before turning the investigation over to NIA. ongoing investigation

TAMILNADU
On September 22, 2016, C Sasikumar, a member of the radical Hindu Munnani organization, was murdered in Thudiyalur, a town close to Coimbatore. In the districts of Coimbatore and Tirupur, the murder led to racial animosity. NIA filed charges in April 2018 after receiving the investigation in February. “…Saddam Hussain, Zubair, and other defendants (Abudhakir and Mubarak), all active members of PFI, conspired and assassinated Sasikumar,” it read. Five people have been detained; the trial has begun.

On February 5, 2019, a PMK official and ally of the NDA named V Ramalingam, 45, was assassinated in Thirubhuvanam, Thanjavur. NIA searched PFI’s district offices in Thanjavur and Karaikal in May 2019. In August 2019, the NIA filed a chargesheet against 18 people, alleging that all of the defendants were PFI or SDPI participants or leaders. Trial phase of the case.