After 2012, US sees another big Sikh massacre. 4 Sikhs among 8 killed 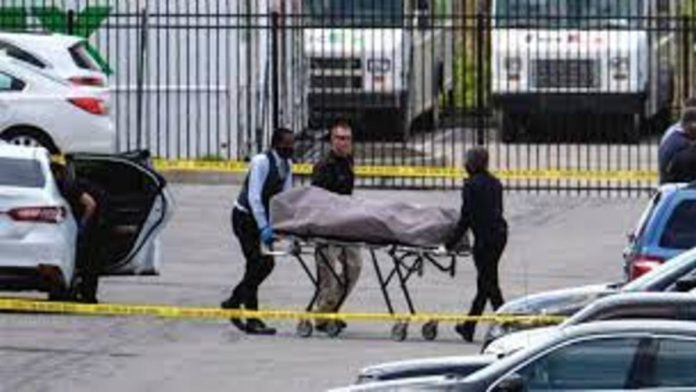 According to the community leader at least eight people including four Sikhs have been killed in a mass shooting at a FedEx facility in the US state of Indiana. The incident have also left five people injured.

The gunman who shot the group was a 19-year-old Brandon Scott Hole of Indiana who also died by suicide after shooting on Thursday night.

The 90% of the workforce at this delivery service facility is Indo-Americans out of which mostly are Sikhs.

“This is very heart breaking. The Sikh community is devastated by this tragic incident,” said Gurinder Singh Khalsa, the community leader after meeting with the families of those who got killed in the incident.

The names of the deceased released by the Marion County Coroner’s Office and Indianapolis Metropolitan Police Department (IMPD) included Jasvinder Kaur (64), Jaswinder Singh (68), Amarjit Amarjeet Johal (66) and Skhon (48). Three of them were women.

The police department has also said that once the post mortem reports are complete the cause of the deaths will be revealed soon.

The US President Joe Biden and the Vice President Kamala Harris expressed their grief over the killings.

The president also proclaimed in hounour of those who died. The national flag be flown at half-staff at the White House and upon all federal building, he ordered.

Before the law enforcement could reach the crime scene the shooter killed himself. However, the FedEx has claimed that he was a former employee of Indianapolis facility.

After the mass shooting at the Oak Creek Gurudwara in Wisconsin in US on August 5, 2012 it was the worst Sikh massacre in the US.