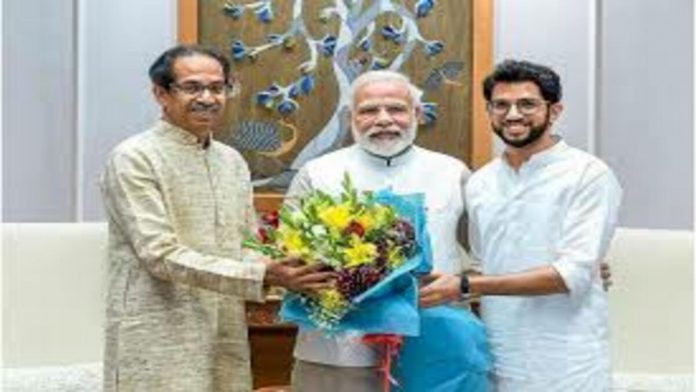 When Maharashtra minister Aaditya Thackeray went to meet Prime Minister Narendra Modi with his father, Chief Minister Uddhav Thackeray, he was stopped by Prime Minister Narendra Modi’s security. His identification had to be revealed to the Special Protection Group before he was permitted admission to the INS Shikra, the navy heliport in Mumbai’s Colaba, according to sources close to the Environment Minister, who also oversees the government protocol portfolio.

According to sources, Thackeray Junior’s name was not on the list of VIPs invited to the Prime Minister’s reception. According to sources close to him, the minister downplayed the incident, claiming that such omissions are common.

Thackeray senior, on the other hand, was extremely disturbed by the episode. The Chief Minister argued in favor of Aaditya Thackeray, claiming that he was not only his son, but also Maharashtra’s protocol minister, and so qualified to welcome the Prime Minister.

Before severing their decades-long collaboration following the 2019 state elections, Uddhav Thackeray was one of PM Modi’s harshest opponents.

PM Modi was presented with the first Lata Mangeshkar award in April, but the Chief Minister did not attend. Despite having a friendly relationship with the Mangeshkar family, the Sena later claimed that Mr Thackeray was not invited to the function.

The Chief Minister and the Prime Minister drove from INS Shikra to Raj Bhavan, where they shared the stage for the inauguration of the Jal Bhushan Building and Revolutionaries Gallery.

In the evening, the second event — the 200th anniversary celebrations of ‘Mumbai Samachar’ – took place.