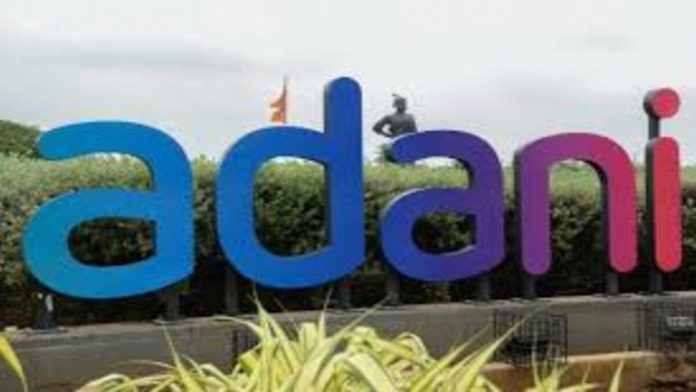 After a Lankan official said that President Gotabaya Rajapaksa acted under pressure from Prime Minister Narendra Modi, the Adani Business said it was “disappointed” today in response to a big dispute over an energy project in Sri Lanka handed to the group.

“Our investment in Sri Lanka is intended to meet the demands of a valuable neighbor. As a responsible corporation, we consider this as an important component of the long-standing connection between our two countries. The detraction that appears to have occurred has certainly disappointed us. The fact is that the matter has already been addressed by the Sri Lankan government and within its ranks “a representative for the Adani company said

MMC Ferdinando, the chairman of Sri Lanka’s Ceylon Electricity Board (CEB), resigned Wednesday, three days after telling a parliamentary panel that President Rajapaksa told him that Prime Minister Modi was urging him to grant the Adani Group the wind power project immediately.

The government has remained silent on the claim, which the official later refuted and which President Rajapaksa has categorically denied.

The charges concern a 500-megawatt renewable energy plant in the Mannar district of Sri Lanka. On Twitter, a video of Mr Ferdinando’s remarks at the parliamentary inquiry has gone viral.

“After a meeting on November 24, the President summoned me and informed me that India’s Prime Minister Narendra Modi is forcing him to hand up the project to the Adani group. “This subject does not affect me or the Ceylon electricity board, which is made up of the board of investments,” I added. He demanded that I investigate. I then sent a letter stating that the President had given me instructions and that the Finance Secretary should take care of it. I stated that this is a government-to-government transaction “In the video, the official addressed the panel in Sinhala.

Following President Rajapaksa’s vehement denial on Twitter, Mr Ferdinando deleted his comments on Sunday evening, stating he had been “overcome with emotion” while answering queries that suggested he had done something.

President Rajapaksa sent out a tweet saying: “I categorically reject authority to grant this project to any specific individual or business, as stated by the #lka CEB Chairman during a COPE committee meeting about the award of a Wind Power Project in Mannar. In this sense, I am confident that responsible communication will follow.”

Following that, his office issued a longer statement “vehemently refuting” the charge. According to the statement, the President “categorically stated that he had not at any time given authority to award a wind power project in Mannar to any person or organisation.”

“Sri Lanka is now experiencing a severe power crisis, and the President is eager to get megapower projects up and running as soon as feasible. However, in granting such projects, no undue influence will be employed. Although project proposals for large-scale renewable energy projects are limited, special attention will be paid to the selection of institutions for the projects, which will be carried out strictly in accordance with the government of Sri Lanka’s transparent and accountable system “President Rajapaksa’s office confirmed this.

The uproar began a day after Sri Lanka amended its legislation to eliminate competitive bidding for energy contracts. Before the Electricity Amendment Bill was passed amid opposition protests, the Adani group was mentioned in the debate. The administration has been accused by the opposition of rushing the measure through parliament in order to allow major renewable energy deals for the Adani group, which inked an unsolicited government-to-government agreement to develop the Mannar wind farm.

The biggest opposition party in Sri Lanka, the SJB, argued that projects with a capacity of more above 10 MW should be subject to a competitive bidding process, but government MPs voted against it.

In December, the Adani Group was reportedly awarded contracts to develop two wind power projects in Mannar and Pooneryn.

In October, Gautam Adani paid a visit to Sri Lanka and tweeted about his meeting with President Rajapaksa.