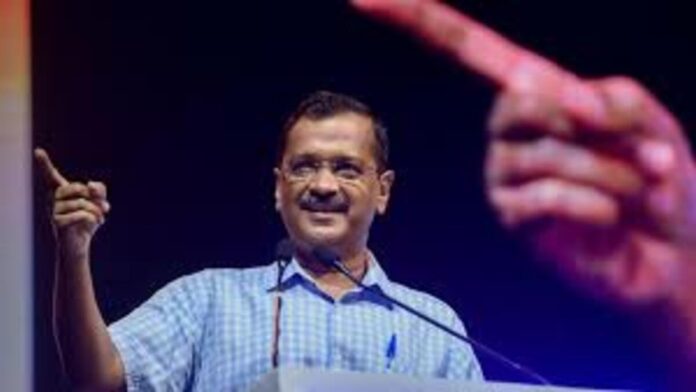 Arvind Kejriwal, the chief minister of Delhi, asserted on Sunday that a “Intelligence Bureau report” indicates that the Aam Aadmi Party (AAP) is likely to win today’s elections and establish the government in Gujarat. The AAP leader further asserted that the results reflect a narrow margin of victory, urging Gujaratis to give the party a “strong push” in order to secure a comfortable majority in the state.

“Sources say that an IB report has arrived. The Aam Aadmi Party will establish the government in Gujarat if elections are held today, according to the report, Kejriwal stated during a press conference.

“Even if the research states that there is now a little margin. With relatively few seats, (we) are in the lead. To ensure that the (AAP) government is formed with a sizable majority, the people of Gujarat would need to exert significant pressure, he continued.

The AAP leader claimed that following the release of the “IB report,” the BJP and Congress have teamed up and held private meetings.

According to him, the saffron party is “particularly freaking out” about the news and is doing everything it can to bolster Congress in order to split the anti-BJP vote.

According to Kejriwal, Congress has been tasked with winning over as many AAP voters as possible.

“I want to warn the Gujarati people to exercise caution.”

If the AAP takes power in the state in upcoming elections, Kejriwal also pledged to pay $40 per day for the maintenance of each cow.

Bhagwant Mann, the chief minister of Punjab, was also present at the press conference.

Both AAP leaders are in Gujarat for a two-day tour and will speak at two public gatherings on Sunday as the party ramps up its campaigning for the upcoming Assembly elections in the BJP-ruled state later this year.