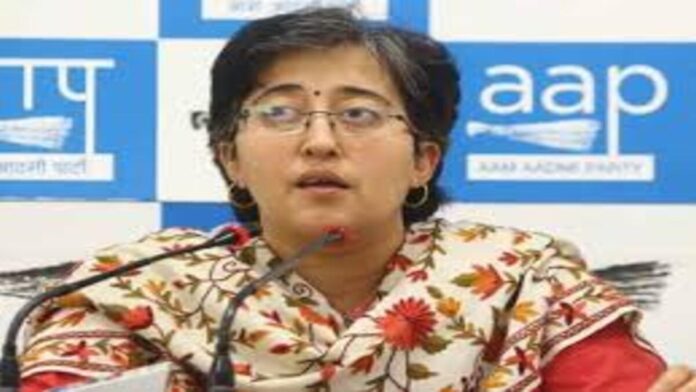 The Aam Aadmi Party, which is currently in power in Delhi, has vehemently rejected the idea of “One Nation, One Election,” calling it “unconstitutional” and “against the principles of democracy,” which could intensify their verbal conflict. In a press conference on Monday, the Arvind Kejriwal-led party claimed that the Centre’s move was an attempt to “legitimise the BJP’s alleged “Operation Lotus” and legalise the sale and purchase of MLAs.”

Senior AAP leader and MLA Atishi spoke at the news conference and said, “If no party wins a majority, MLAs and MPs can elect CMs and PM through a direct presidential-style vote.”

Delhi’s ruling party sent a 12-page rebuttal to the National Law Commission outlining its objections to the One Nation One Election idea. The Constitution may be amended by the Parliament. However, it cannot change its fundamental structure, the AAP MLA argued, as was determined by a 13-judge SC bench in the famous Kesavananda Bharati ruling.

Atishi claimed she was aiming her guns at the BJP-led government at the Centre “The fundamental design of the constitution justifies parliamentary democracy in the nation. Through questions, debates, no-confidence motions, adjournment motions, and resolutions, the legislature can examine the performance of the executive branch. Up to the point when the house has trust in it, the government remains in place. But this entire idea is changed under the One Nation One Election plan.”

According to the AAP MLA, if the proposal is approved, resource and cash-rich parties will use their resources and physical force to stifle state-level issues. Additionally, if Lok Sabha and assembly elections are held concurrently, voters’ choices will also be impacted.

If elections are held concurrently, state-centric concerns would be removed from the public conversation because it will turn into a game dominated by strong, resourceful parties, according to the AAP spokesperson.

“There are trends that suggest different societal groups vote for two quite different parties in the state and federal elections. Elections will change from being a democratic exercise to a game of power and money. In both spirit and principle, this procedure will replace the parliamentary system “She went on.

Atishi further added, “Simultaneous elections will weaken democracy and the right of the people to choose their representatives and hold them accountable by introducing the “constructive vote of no confidence.” In the current circumstances, elections are held once more, and the public is entitled to vote. And by casting new votes, the populace can choose a new administration. However, under the “One Nation, One Election” system, voters must wait until the subsequent election.”

“Another extremely risky aspect of this proposal is known as the “Constructive Vote of No Confidence,” which states that if any administration is toppled following a no-confidence motion, the current Chief Minister or Prime Minister will continue in office until a new government is formed. As elections can only be held after five years, this means that governments can continue in office for a long time even when they lack a majority in the House” added she.

A MLA remarked, “The institutionalised defection of lawmakers will result from the proposed procedure for selecting the prime minister or chief minister in the event of a hung parliament or assembly. The most perilous feature of the “One Nation, One Election” idea is the question of how the Prime Minister or Chief Minister will be chosen if no government is formed or no party wins a majority. The purchase and selling of MLAs will be legal and constitutional in this circumstance because elections can only be held after 5 years.”

She said in conclusion “the democracy of our nation and the rule of the people are currently in risk in order to save Rs 5,000 crore in 5 years, or to avoid spending Rs 1 000 crore in a single year. One Nation, One Election is an idea that the Aam Aadmi Party vehemently rejects. It is unconstitutional and goes against democracy’s core values.”

Arvind Kejriwal’s party responded one month after the Law Commission requested input on the idea of holding simultaneous elections across the nation from interested parties, including political parties and the Election Commission.