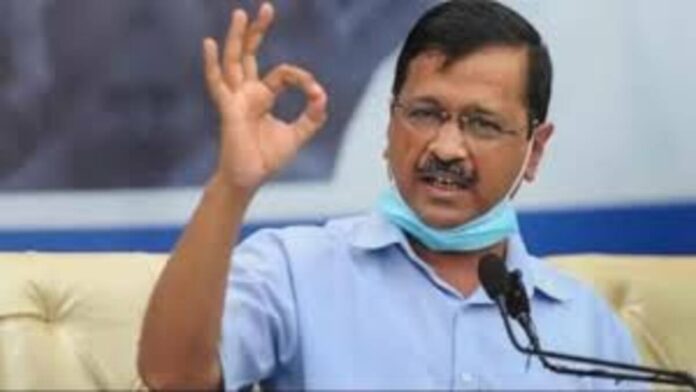 Arvind Kejriwal, the chief minister of Delhi, claimed on Saturday that people were “very angry” about the “rising hooliganism” demonstrated by a recent attack on an Aam Aadmi Party (AAP) leader. He claimed that the BJP was worried about losing Prime Minister Narendra Modi’s home state in the elections later this year.

“Gujarat’s six crore residents are furious after learning about Manoj Sorathiya’s attack. In the presence of God, they shook his head. Our nation’s culture is not like this. The culture here is not Hindu. This is not Gujarati culture “declared the AAP leader during a press conference in Rajkot.

“Ever since the attack, the Surat residents have been furious. We conducted a survey in Surat and discovered that the AAP is taking seven out of the twelve seats “He declared, saying that he will be offering a “aarti” at the Surat Ganesh pandal where Mr. Sorathiya was attacked this evening.

“When you’re down, you launch an attack like this. The BJP is concerned about losing. I want to let them know that although up until now you have been working with the Congress, we are not the Congress. We have faith in Bhagat Singh and Sardar Patel. We will fight without fear, “added Mr. Kejriwal.

He charged the BJP of orchestrating the Gujarat AAP’s media blackout. “They have requested that the media not contact AAP members or invite them to debates. I thus implore you to ignite social media” said.

He addressed the BJP’s foot soldiers, known as “panna pramukhs,” who are in charge of conducting campaigning among voters on certain pages of voter lists “The BJP employs a lot of good individuals. I’m making an appeal to you; what do you have? Did they give you a hospital or a school? Stay there, but do our task. Accept their reward, but do our bidding.”

In the months leading up to this year’s elections, Mr. Kejriwal has been running a full-scale campaign to unseat the BJP from the state that has been dominated by the party for 24 years.