‘A Shameless Prime Minister,’ Mamata Banerjee In A New Dig At PM Modi Over Vaccine Supply 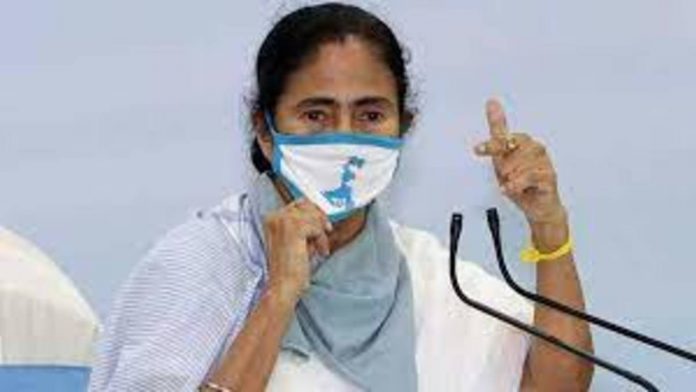 West Bengal Chief Minister Mamata Banerjee claimed on Tuesday that the Centre has failed to meet the state’s vaccine needs, forcing her government to make its own purchases, and she called Prime Minister Narendra Modi a “shameless prime minister” whose picture is plastered everywhere from roadside billboards to vaccine certificates. Banerjee noted during her speech in the Assembly that Bengal has only received two crore anti-Covid vaccination doses, which she described as “extremely inadequate” given the state’s population.

“We have already vaccinated 2.26 crore people. The remaining 26 lakh we had to buy on our own, despite promises by the Centre that it would provide the required number of doses,” she stated. The CM also inquired as to why the PM Cares Fund was not utilised to cover the costs of the immunisation drive. She stated that the Centre was unable to deal effectively with the Covid crisis as a result of its flawed policies.

“Notwithstanding the Centre’s ham-handed policies, we have been able to contain the virus. Our shameless PM has failed the country but his picture is found everywhere — from vaccine certificates to hoardings,” Banerjee said. “The state has started making preparations for the possible third wave of the pandemic,” she noted.

She made a dig at Uttar Pradesh’s Yogi Adityanath regime, saying, “For days, we saw bodies floating in rivers. Some bodies floated downstream and reached our state. Do they even know how many died in UP (due to the pandemic)? Don’t they feel ashamed?” Those who criticise Bengal should look in the mirror, TMC chief remarked, referring to Adityanath’s criticism of the TMC during the BJP’s election campaigns. Continuing her rant against the saffron movement, she claimed that its members lack respect and decorum, as seen by the disturbance that erupted during Governor Jagdeep Dhankhar’s July 2 speech in the Assembly.

Following BJP MLA protests over post-poll violence in the state, Dhankhar was forced to table his presentation after only reading a few words of his 18-page speech. Banerjee claimed that the governor, who was appointed by the BJP-led federal government, should have been allowed to speak to the House by the party’s members of parliament.

“I have seen BJP leaders like Rajnath Singh to Sushma Swaraj… This BJP, however, is different. They (BJP members) do not know culture, courtesy, decency and civility,” after praising the governor for his inaugural remarks, the CM said during her speech in the House. Moments before her speech, BJP MLAs walked out of the Assembly when Speaker Biman Bandopadhyay requested Leader of the Opposition Suvendu Adhikari to refrain from commenting on the Nandigram election results because the case was still pending.

The CM, in response to charges of TMC workers engaging in post-election violence, stated that it was members of the ruling party who were targeted during the state’s election monitoring by the Election Commission. She said that random acts of violence were reported after the election results were announced, and that her government had responded to each one.

In a jibe at the poll panel, she said, “The EC shifted district magistrates, police superintendents and others at the whims of its observers, who were from their own party (BJP). For three months, they (EC) issued threats… But the people of Bengal showed you cannot threaten a state in this manner,” she said. “Had the EC action indirectly not helped the BJP, it would not have got past 30 seats.

She stated there were multiple instances of election malpractices in the Nandigram polls, as well as claims against central troops, but she wouldn’t go into detail because the case is still pending. She charged the saffron party with hatching conspiracies, saying, “During elections and immediately after the elections, the BJP circulated fake videos to spread hatred. Old incidents of Bangladesh, Brazil and Odisha. We have photos, we have evidence. I will place these on your (speaker’s) table,” Banerjee said submitting a bunch of photos to the House. Bengal is beautiful, the CM stated, accusing the BJP of attempting to divide the state. Bengal has come together. We will not, under any circumstances, allow it to happen.

The TMC and other parties have criticised two BJP MPs who have recently expressed demands for Bengal’s split, one in north Bengal and the other in Jangalmahal. The CM praised her government’s accomplishments, saying, “Bengal occupies the number one spot when it comes to generating employment under the 100 days’ work scheme. We are also ahead of all in developing rural roads in the country…We have set up 186 kisan mandis, 24 medical colleges.”

“Take a look at the development initiatives in North Bengal. From universities to medical colleges, from river bridges to academies for Rajbangshis, Kamtapuris and other linguistic communities, we have done it all,” she made the remark in response to the BJP’s claim that the region had witnessed little progress. The TMC supremo slammed the charge of central fund mismanagement, claiming that the Union government did not pay anything for disaster relief from its funds.

The Centre only contributed a small amount to the disaster fund, which the state was already entitled to. Despite this, she claimed, they (BJP leaders) went to town on the issue. Banerjee also stated that her government will observe Khela hobe’ divas, the TMC’s campaign slogan for the assembly elections, in order to promote sporting activities, although no date has been set.