A New Beginning Of Steel Industry

The stake sales in Bhel, Mecon and Andrew Yule will bolster the government’s efforts to raise funds via asset sales for the next fiscal and overcome the tepid progress made so far this year. 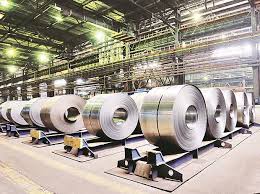 The major stakes BHEL, Mecon and Andrew Yule who will be the backbone for the funds which will be raised by the government via asset sales for the next fiscal and will also be helpful in making a slight step to speed up the progress rate in the year and far.

If we talk about (BHEL) Bharat Heavy Electricals Ltd., Mecon Ltd., and Andrew Yule and Co. Ltd, so they’ll take some of the candidates for their next shot for the disinvestment process. SBI Capital Markets Ltd, are the advisory authority to the proposed stake sale in BHEL, and they submitted the report to the Department of Investment and Public Asset Management (DIPAM) on the plan. This is a way through which it can be helpful for the government in a way that whether they should proceed with it and how much stake should be sold.

The government hopes to collect ₹1.75 trillion from the disinvestments receipt next fiscal, they have been missing the disinvestment targets of ₹2.1 trillion disinvestment goal for the particular fiscal and it has been able to raise it self just ₹15,220 crore till 20th January with a motive of transaction such as Air India Ltd. And Bharat Petroleum Corp. Ltd (BPCL) which has been forwarded to next year.

While presenting the Union Budget, Finance Minister Nirmala Sitharaman announced every single detail about Central Public Sector Enterprise (CPSE) policy, talking about the making a way for the strategic state-run firms and also the privatization of non-strategic ones.

In the meeting, the number of queries were solved from the side of BHEL, but still were unanswered by the side of DIPAM, Mecon and Andrew Yule and if we talk about the SBI Capital so they refused to comment on the queries.